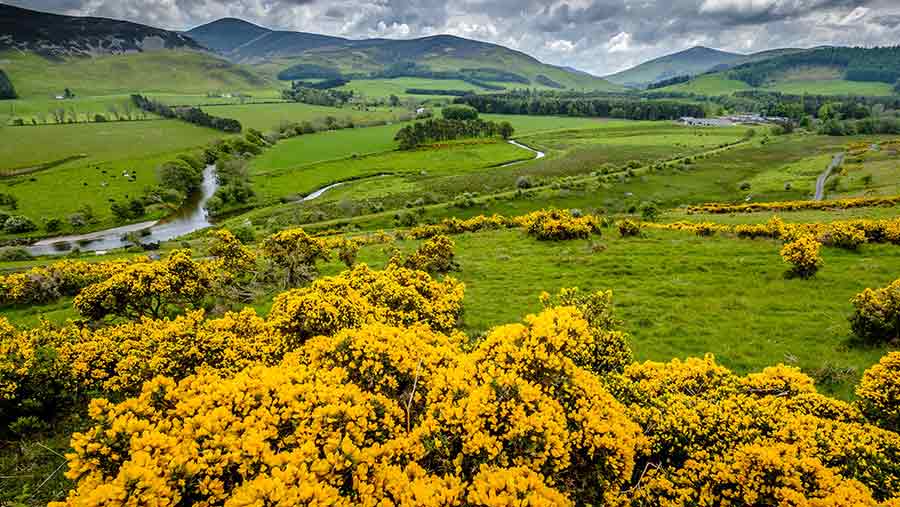 The effect of the Scottish Land Reform Act is starting to be felt by landowners and tenants.

Early anecdotal evidence suggests improved negotiations between landlords and their tenants, and a change in seller behaviour during sales of farms and estates.

The Act only gained royal assent in April and powers within it have not yet been implemented.

However, the executive director of the Scottish Tenant Farmers’ Association (STFA), Angus McCall, said there had already been a change in attitude from landlords and tenants.

He credited some of the change to Andrew Thin, who was appointed as independent adviser on tenant farming in June 2015.

Mr Thin’s temporary role is to foster more positive and productive tenant and landlord relationships until a tenant farming commissioner with statutory powers is appointed in spring 2017. The recruitment process for the post is under way.

“Behaviour has improved immeasurably in the past year or so since the regulator was put in place,” Mr McCall told Farmers Weekly.

Previously some landowners had brought in agents to handle rent reviews with the goal of “getting the rent up as high as they can” with no regard for whether either party had fulfilled their rental obligations, according to Mr McCall.

Under the Act, a tenant commissioner will form part of a new Scottish Land Commission, mandated to review law and policy and make recommendations to the Scottish government. This role will also be to develop codes of practice and provide support to the tenanted sector.

“It’s going to make sure that people do the job properly and [it] has great potential,” Mr McColl said.

Robert McCulloch, Strutt & Parker’s estates and farm agency partner, said there was evidence of farm sales being affected by the imminent introduction of the Land Reform Act.

For example, the vast majority of the 15,000-acre Tillypronie Estate in Aberdeenshire was in the hands of more than 15 tenants when the owner decided to sell.

Despite new rights for a pre-emptive right-to-buy not yet being in force, the estate’s owner carried out negotiations to accommodate each tenants’ wishes, leaving a residual estate that remained attractive to buyers.

“The effect of every tenant having the opportunity to buy their farm for a significant discount to vacant possession value would render those parts of the estate lying outside of farm tenancies potentially unsaleable,” Mr McColloch said.

“The outcome is a group of tenants who have virtually all negotiated a solution that suits them, while the estate owner is able to offer the 12,032 acres for sale at £10.5m as a whole or in six lots,” he said.

Introduction of a Scottish Land Commission

Comprising five land commissioners and one tenant farming commissioner, the commission’s job will be to review and recommend changes to law and policy relating to land and to carry out research and provide information and guidance.

The control of Scottish land

The introduction of regulations requiring information to be gathered on people with “controlling interests” in land owned or leased.

Gemma Cooper, NFU Scotland’s legal and technical policy manager, said the consultation would affect everybody who owns, rents or manages land in Scotland.

“It is hard to say exactly how far the ramifications will reach, but this is a landmark piece of legislation and NFUS members are very concerned with how the information obtained will be used in the future.”

Community bodies will be able to apply to Scottish ministers to force a sale of land to the community in the interests of furthering sustainable development.

Applications will have to prove their plan meets sustainable development criteria better than that of the landowner.

Business rates will become payable for shoots and deer forests. David Johnstone, chairman of Scottish Land & Estates, said estates having to endure greater financial pressures would place a financial strain on the many downstream businesses.

A new modern limited-duration tenancy with a minimum term of 10 years will be introduced, as will a letting vehicle with a minimum of a 35-year term and a minimum five-year repairing period.

Tenants with 1991 Act tenancies will have a pre-emptive right to buy, should the landlord decide to sell the property. Previously, tenants had to register their interest.

Rents will be based on the productive capacity of the holding, rather than the current open market system.

Tenants will now be able to assign a successor from a much wider pool of people, rather than just their son, daughter or grandchild.

Landlords and tenants now have the opportunity to put their house in order in relation to items that would be expected to attract compensation at wagyo (end-of-tenancy negotiations on the value of improvements). A three-year amnesty will be in force when this is implemented.