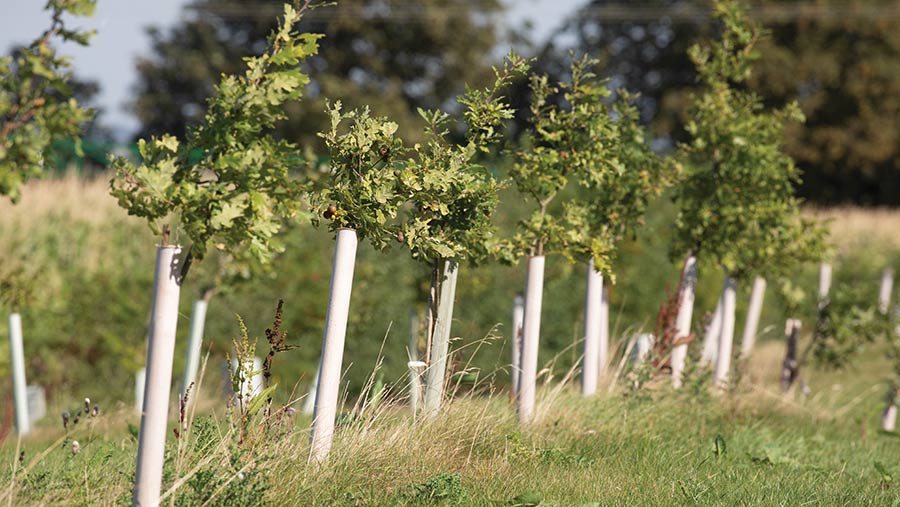 Annual returns from low-grade grassland currently used for grazing livestock are forecast to hit 8.9% in the four years to 2026 as corporate buyers target it for woodland planting.

According to Savills, the ambition to fulfil net-zero ambitions has placed a good value on predicted returns from low-productivity livestock land.

Emily Norton, head of rural research at Savills, said this is where much of corporate or institutional capital is likely to focus its attention over the short to medium term.

She described it as the next rural asset class following forestry to feel the effect of the rush for holistic returns.

Savills projects it will have an annualised return of 8.9% from 2022.

But Ms Norton warned that the market for formal, nature-based offsets from agriculture remains in its infancy and is subject to multiple contractual risks for sellers and offsetters.

“De-risking the process through ownership feels a more secure route for investors,’’ she said.

“Values are very full in the commercial forestry sector, and while it is not clear if we are at the top, high valuations mean that short-term asset performance is subject to a degree of uncertainty, albeit against a backdrop of sound long-term investment fundamentals.’’

The value of the UK market for carbon offsets alone could be as much as £1.7bn a year.

The impact of this is reflected in a 5.2% rise in average farmland values in Britain in the 12 months to September 2021.

“We predict that this demand will continue over the next five years as pressure to decarbonise continues and growing numbers of natural capital buyers enter the farmland market,’’ said Ms Norton.

Savills also forecast that more farmland will come on the market in England as a result of new agricultural support policies, and that further consolidation is likely.

She believes farmers in Scotland and Wales may be protected by emerging policy with “stronger social imperatives’’, but managing the complexity of private investment into natural capital markets should be a priority in each.

A shift from area-based payments will also change the risk profile of agriculture, Savills suggested.

Against an agricultural input inflation figure of 22% in 2021, and the prospect of further climate-disrupted growing seasons, the loss of liquidity could mean farmers being unable to finance the next harvest.

“Over the next five years, farmers will need to be paid for the services they are providing to their supply chains, and supply chains and consumers need to accept the higher cost of securing products that meet overdue environmental and social impact expectations.’’

Savills suggested asset value inflation “feels inevitable’’ against a loosening market where supply may increase back to average, where more consolidated, more profitable businesses rise to the fore, and where “impatient capital’’ is returning to the land market with a time-constrained net-zero ambition.

“How high values could go is unclear, particularly given the scale of structural change that the sector needs to go through following the agricultural transition,’’ said Ms Norton.

“The recent spectacular performance of commercial forestry won’t be repeated in all land classes, but evidence is mounting for a sustained period of growth.’’

Savills has identified Grade 3 arable land as a top alternative investment pick for 2022.

“It may show the least growth of all the land asset classes, but arable land is versatile for a range of future star crops, including biomass for energy and manufacturing materials such as hemp,’’ says Ms Norton.