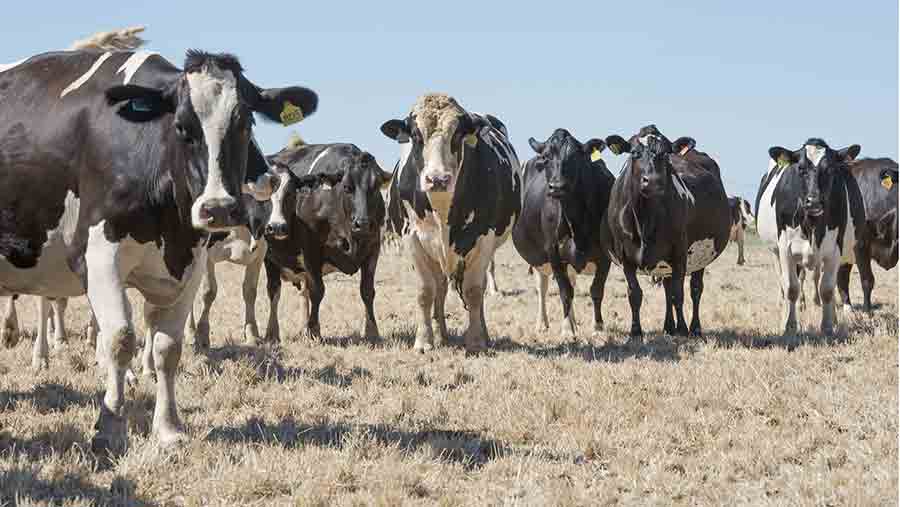 Australia’s wildfire crisis will hit global dairy and sheepmeat markets, according to analysis produced by the AHDB and Meat and Livestock Australia (MLA).

With the scale and tragedy of the crisis still unfolding, the MLA has made an initial assessment of likely losses in the worst-hit areas.

An MLA spokesman urged caution with any forecast because the extent of the full impact to livestock was “unknown and would take time to understand”.

However, he said: “We do know that there are close to 80,000 farm property identification codes in the main affected regions.

“Our latest information is that 9% of the national cattle herd live in regions that have been significantly impacted and a further 11% in regions partially impacted.”

The spokesman added: “For sheep, 13% of the national flock live in regions that have been significantly impacted and a further 17% in regions partially impacted.”

AHDB analyst Kat Jack said areas with significant fires could have supported more than 10 million cattle and sheep, although that is not to say this many animals have been lost.

Ms Jack added that pasture and forage stored on farms had also been lost during the fires, leaving farmers with limited feed alternatives.

“The Australian dairy industry has been struggling for some time with an extended drought, which has driven declines in dairy production across this season and last.

“The multi-year drought and tight feed supplies pushing up costs have pushed down the national herd size and production.”

Available production data doesn’t yet show the impact of the fires. But the latest data shows Australian dairy production in November 2019 was down 3.4% on year earlier figures.

“However, the impact is likely to come through more strongly as later data becomes available,” Ms Jack suggested.

“This could have a knock-on effect on global milk supplies, as Australia is one of the world’s key dairy exporting regions.

“Both the Australian government and the US Department of Agriculture had forecast year-on-year declines in production for 2020, and the fires seem set to make this worse,” she added.

From a meat export point of view, abattoirs still appear to be largely operational, bar some transport issues, and all the major ports have also remained operational.

Although the ability to process animals is still there, there will be some impact on production volumes – how much remains to be seen.

Impact on UK markets and prospects

For the UK, any drop in Australian sheepmeat production would further affect an already tight global meat market.

“We are now on the cusp of the time when European sheep production is at its lowest, and demand is at its seasonal peak,” explained Ms Jack.

While Australia has limited access to the EU market, reduced global supply of sheepmeat could eventually affect the UK, she suggested.

If Australia has less product to ship to China to meet demand in the wake of the African swine fever crisis, then China is likely to look to increase its purchases from New Zealand.

It is at the end of this chain where the UK would feel any pinch in supply, Ms Jack said.

While sheep and dairy markets could be affected long-term, the EU beef market would be less exposed.

“Any impact is likely to be much more limited and cushioned by global beef production which is growing,” Ms Jack said.

How to donate to Australia’s farmers