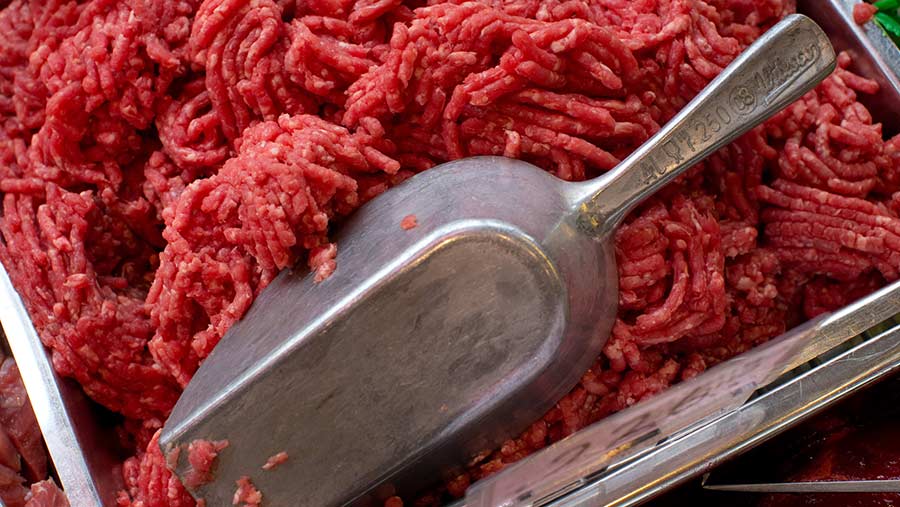 Retail sales of beef and lamb rose over the summer months as price promotions attracted consumers, according to market analysts Kantar Worldpanel.

Overall, Kantar’s figures for the 12-week period up to 9 September showed that lamb sales increased by 2% in value and 1% in volume compared with a year earlier.

For beef there was a similar overall rise, but values were up by 1% while volumes increased by 2%.

The fresh data appears to validate calls by farmers for the retail price of beef to fall in line with the slump in farmgate prices to stimulate consumer demand.

“As both of these are higher-value products, the effect on the total value of fresh and frozen primary beef was to see it grow less than the volume,” she explained

Meanwhile the cheaper primary products such as mince and stewing steak both recorded a rise in market penetration and saw shoppers purchase more on average.

Kantar suggested that price promotion for cheaper cuts had seen 4.4m more consumer visits include mince in shopping baskets. It also suggested that a long-term growth in purchases of lower-fat mince was emerging.

Outside the primary cuts, burgers and grills recorded a 1% decline in volume. However, higher average prices for this product type, compared with the summer of 2018, meant the overall value was steady year-on-year.

A breakdown of the results by the AHDB highlighted that fresh and frozen primary lamb recorded particularly sharp growth, with volume and value up 3% year on year.

Ms Oborne said there were some surprises within the category.

“Leg joints and chops or steaks, which traditionally account for 60% of fresh and frozen primary lamb volume, both saw declines in the amount sold,” she said.

However, this was offset by growth in shoulder joints and marinades.