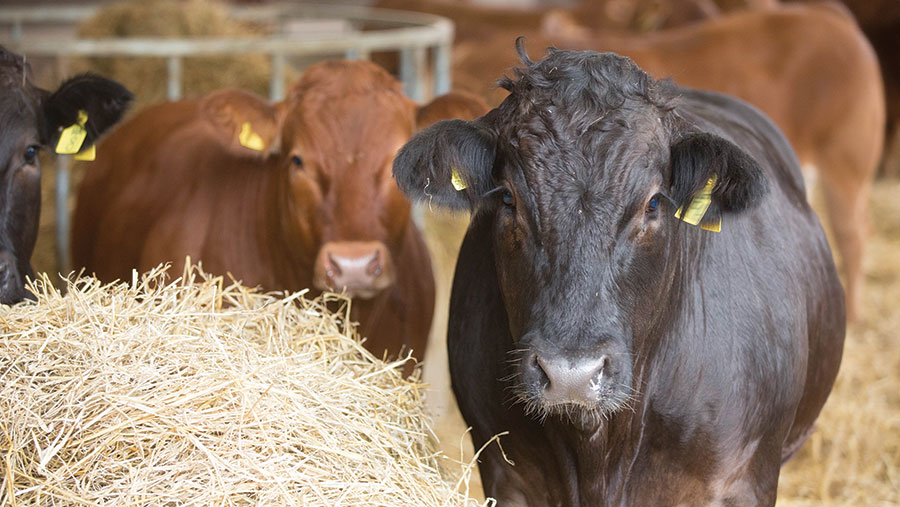 The beef price has seen its first upward swing since the coronavirus crisis began, as analysts predict that the worst of the effects on the food chain is over.

Prices in each UK nation have surged by an almost unprecedented 14-20p/kg in the past two weeks, putting the average base price in England and Wales this week at about 338-340p/kg.

Scottish prices have risen to 350-355p/kg and the Northern Irish price is about 346p/kg.

National Beef Association interim chief executive Neil Shand said: “It is beginning to look as though beef could head towards the £4/kg bracket by the end of the summer.”

“At Easter, we thought we were heading for a car crash, but now it looks like we fell off our bike but have got back on again.”

Rising consumer demand for steaks has helped carcass values to increase and alleviated processors’ concerns for their profit margins, following an overwhelming demand from retailers for lower-value mince at the start of the crisis.

Supermarkets deserve credit for promotional activity to return demand to the higher-value cuts, said Mr Shand, and so do the consumer for backing British beef.

In the week ending 10 May, there was a 20% year-on-year increase in retail demand for steak, and mince was 14% higher, according to data from the AHDB and retail analyst Kantar.

This helped compensate for the bulk of the food service sector being shut down, especially as it uses a greater proportion of imported beef than the supermarkets, said Mr Shand.

Further demand is also expected in the coming weeks due to McDonalds, the UK’s biggest beef buyer, reopening more outlets.

On the supply side, trade is also being supported by the dwindling numbers coming forward. Poorer prices and good grass levels at turnout a month ago reportedly encouraged many finishers to summer greater numbers of cattle and add weight to them rather than sell.

This means that they will not have fattened as rapidly and will be coming to the market over the next six months rather than in a tighter block in the next 10 weeks.

The total number of cattle available for slaughter is also lower than in previous years.

Stuart Ashworth, director of economic services with Scottish levy board QMS, said 5% fewer male cattle of one to two years old were recorded on holdings in the UK in December 2019 than in December 2018.

In Ireland, it was 4% less, as female numbers in this age group were also reduced.

“It is then a little surprising that over the first quarter of 2020, the UK slaughtered 3.7% more prime cattle than a year ago and Ireland about 2% more,” he said.

“This higher kill in the first quarter of 2020, combined with census data, suggests that prime cattle supplies should tighten considerably in coming months.

“Demand and the number of customers for beef is changing and helping to provide better balance to the market which, alongside tighter available livestock numbers, will offer support to producer prices.”