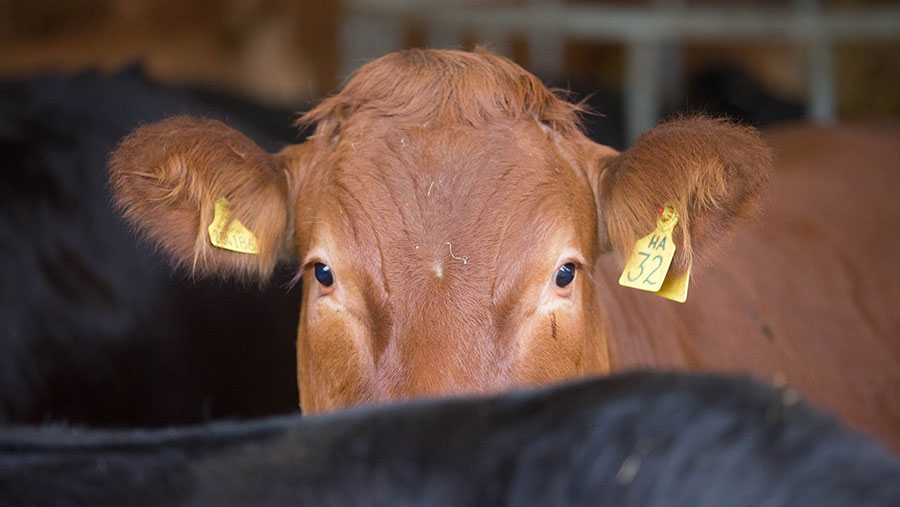 Average deadweight steer prices for the week ending 16 November were up by 1.1p/kg on the week, to stand at 325.4p/kg.

See also: How a farm is lifting beef calf weaning and slaughter weights

Values have now risen for four consecutive weeks for the first time since April, with the AHDB saying the demand for the Christmas kill is likely to persist until early December.

Prices for R4L-graded animals increased faster than the overall average, with steers advancing 2p/kg on the week to 339.1p/kg.

This brings the gap between the two to 13.7p/kg – the biggest difference since the end of July – and suggests there is a lack of in-spec cattle to meet processor demand.

Farmers across the UK have spoken out in recent months about declining profitability in the beef sector, after prices fell sharply through the summer and have shown little sign of recovery until now.

Processors have blamed a slump in prices for hides and offal and stagnating demand for red meat from consumers.

An increase in demand through the summer months was swiftly followed by a 3.5% fall in sales of beef in the 12 weeks to 6 October, according to market analysts Kantar Worldpanel. It said chilled fish had stolen market share.

Mince was the only product to see increased consumption after retailers increased the number of promotions, with cuts in price of up to 39%.