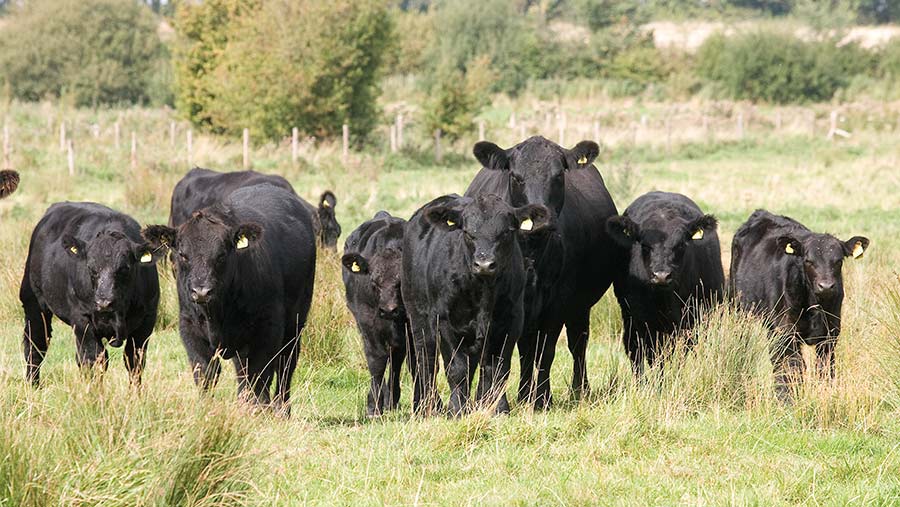 The number of native beef calf registrations rose on 2020 levels during the first half of the year, according to British Cattle Movement Service statistics.

Registrations of continental breeds remained in decline. Despite a year-on-year decrease, Limousin crosses have remained the largest breed overall.

James Hadwin, who runs consultants JH Agri, said the shift to more native breeds could be down to businesses focusing more on grassland management and outwintering in order to reduce feed costs during the winter months.

“Supply chain schemes are also playing a part, with many industry schemes are asking for native breeds,” Mr Hadwin added.

“The 10 most common breeds in GB have remained relatively unchanged for the past decade, consistently making up 82-83% of all registrations during that time,” said Ms Clarke.

However, AHDB’s Hannah Clarke said: “The number of calves registered that would be available for beef production [dairy male calves and beef calves of both sexes, accounting for suckler replacements] actually fell slightly, by 0.6% to 1.19 million head.

“The trend seems to be driven by falling registrations of dairy bull calves; registrations of beef calves [including suckler-bred calves and dairy-bred crossed calves] have been on a slight upwards trend over the past couple of years.

“This partly reflects increasing use of sexed and beef semen among dairy producers. However, if the dairy and suckler herds remain in decline, this could offset increasing registrations of beef-type calves somewhat.”