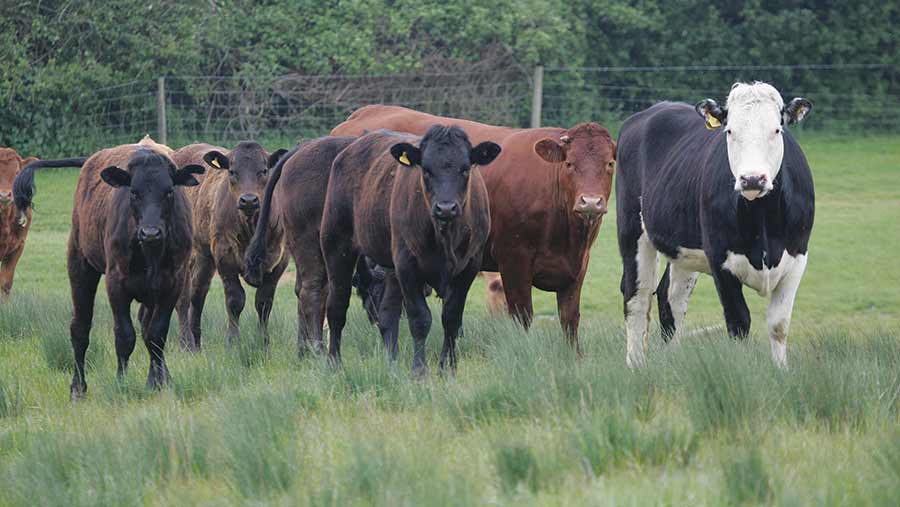 A drop in cattle numbers in Scotland to their lowest levels since the 1950s shows the need for continued targeted support and a rise in market prices, farm leaders have warned.

The results of the December Agricultural Survey2016 show that while Scotland’s sheep, pig and poultry numbers all increased, cattle numbers fell 1.4% to 1.71 million head.

There were falls in both beef and dairy cattle numbers.

See also: Beef sucker herd in England grows for the first time since 2010

“For beef producers, higher costs, tighter carcass specifications and a reduction in the maximum value a carcass can achieve will be having an effect,” he said.

“Also, changes to support systems’ areas-based payments will have seen large reductions for many of the cattle breeders and finishers in the ‘engine room’ where the bulk of our quality cattle are produced.

“There isn’t enough profit, if any, in beef production without support. At current levels of support, it will take a lot more than efficiency improvements to change the fortunes of beef production – it needs market prices to rise substantially.”

The AHDB said the fact that suckler cow numbers had stayed relatively static in England was interesting and built on a year of stability first seen last year.

It could point to greater positivity among beef farmers, as the trend had been downwards before 2015.

“This optimism could be down to producers feeling tariffs on meat imports will protect and promote domestic production and drive self-sufficiency higher than the 70% mark where it currently stands.”