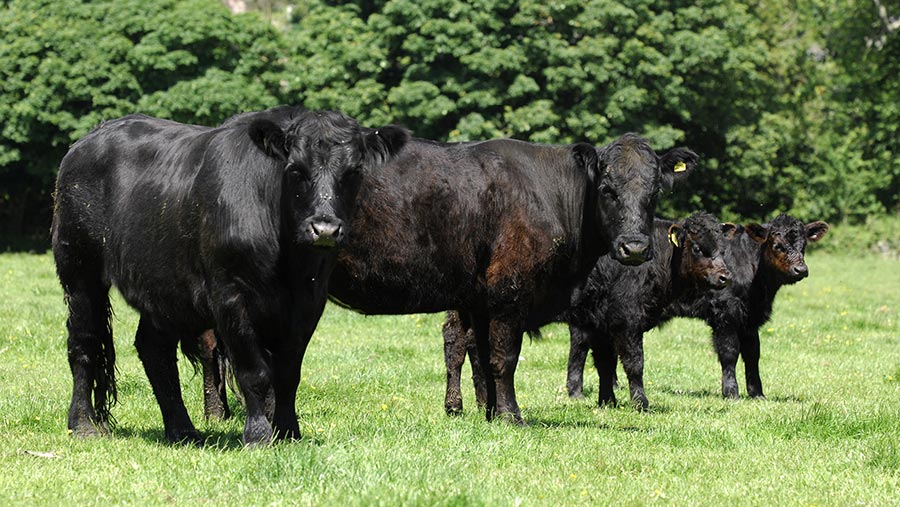 Depressed beef prices are causing increasing concern and distress in the farming community, resulting in crisis talks across the Welsh beef sector this week.

Brexit uncertainty, increased production and volatile currencies were blamed for the continuing low prices in a statement from the meeting of farming unions, auctioneers, processors, Welsh government and levy board officials on 25 September.

Higher UK production, low consumer spending and volatility in currencies and trade were to blame for current price levels, in the UK, Europe and the US, a group statement said.

“The outlook for the sector is complicated by political uncertainty around Brexit, which could have a major impact on the balance between imports and exports,” it warned.

Farmers Union of Wales president Glyn Roberts said: “Prices are down by hundreds of pounds per animal despite the pound being significantly weaker than it was last year.

“This means significant losses for farmers in an industry in which it is extremely difficult to make a profit at the best of times.”

He added: “With Brexit likely to sever and disrupt supply chains and add to pressures, action needs to be taken by retailers and others to ensure Welsh producer confidence is restored.”

“It is imperative that we see retailers and the whole supply chain working collaboratively to stimulate demand of great-tasting, quality PGI Welsh beef.”

The meeting agreed that a viable, long-term future for beef production was vital for the Welsh farming industry.

Delegates also recognised that Wales’ largely low-intensity and grass-fed systems had a positive role to play in answering consumer requirements as well as contributing to environmental goals.

An HCC spokesman said the switch to cheaper cuts reflected general low consumer confidence, and had the effect of tightening margins for everyone in the supply chain.

A knock-on effect of market uncertainties was the downturn in car sales, which had affected the price of hides for leather interiors.

The spokesman said that with Brexit looming and uncertainty likely to continue, the main solution in the short-term would be to stimulate demand.

“We have accelerated promotional campaigns for PGI Welsh beef during the summer and early autumn, with targeted social media advertising.

“Over the Rugby World Cup, we are continuing to promote beef as a healthy source of protein, and are also using farmers to speak out and emphasise Welsh beef’s strong credentials in terms of sustainability.”

Cross-industry representatives at the meeting