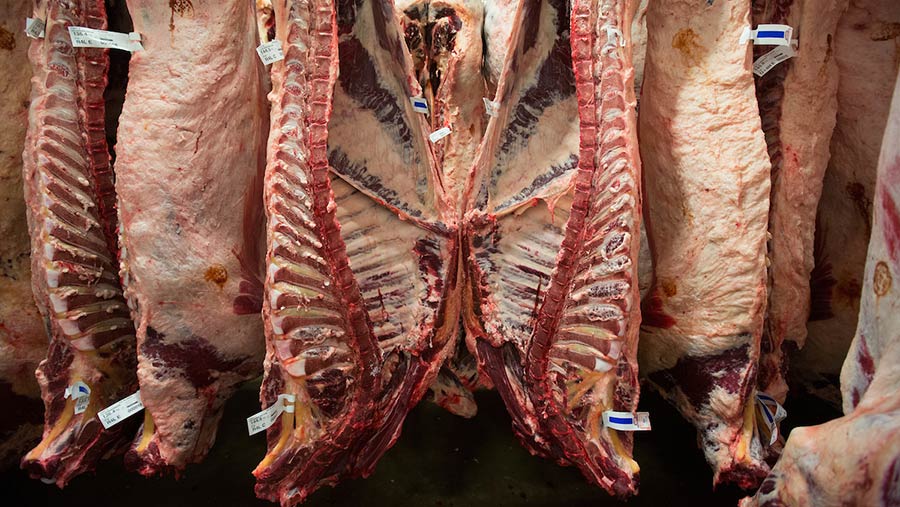 Cattle currently grazing UK fields could be on Chinese dinner plates by the end of the year after a trade deal was concluded between the two countries.

The UK-China Beef Protocol, signed yesterday by farming minster Robert Goodwill and the Chinese ambassador to the UK, Liu Xiaoming, marks the end of a 20-year ban on exports following the BSE crisis.

Mr Goodwill said: “This is a major coup for our world-class food and farming industry, and a landmark move that could be worth £230m for British business in the next five years alone.”

China announced last year that it was lifting the ban on British beef, but at the time trade experts said it was likely to take until 2021 to conclude negotiations for commercial access to begin.

China is the largest importer of beef in the world, with the United States Department of Agriculture forecasting that the country will take in almost 1.2m tonnes of beef in 2019.

This is a 10% increase on the year, with the rise being driven by the China’s battle with African swine fever in its pig population, as well as more demand for a western diet from the country’s growing middle class.

China also recently approved five British pork plants to export produce, which will build on a market already worth £70m/year, with more plants expected to be approved by the end of 2019.

China is currently the UK’s eighth largest export market for food and drink, with more than £610m worth of products bought by Chinese consumers last year.