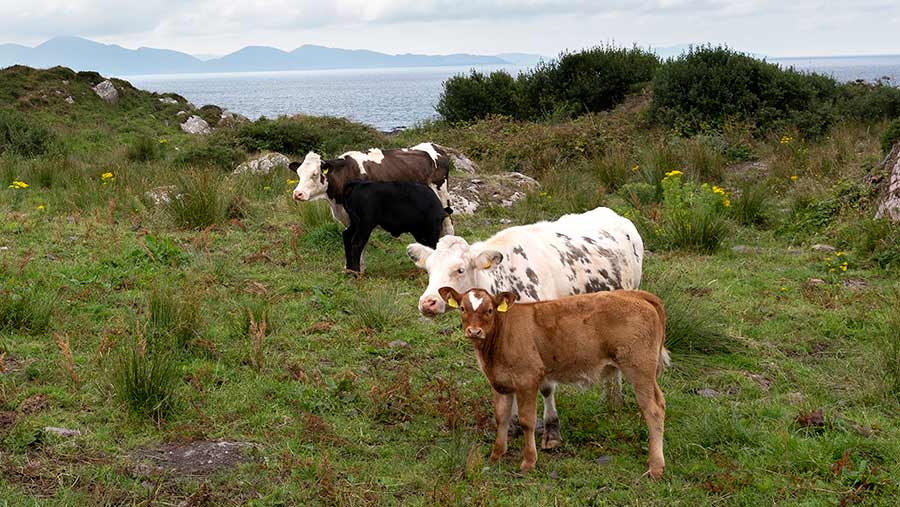 Beef farmers in the UK are bracing themselves for further price cuts between now and Christmas after warnings Irish imports could increase.

A backlog of up to 100,000 head of cattle that are ready for slaughter has built up on Irish farms following abattoir picketing action in the country.

With industrial action now over, many Irish farmers are now likely to look to move these animals as quickly as possible to avoid weight penalties and ease cashflow difficulties.

The warning comes amid a sustained period of low prices for the beef industry, with UK-wide prime cattle values already back about 15% on the year.

In comparison, the Scottish R4L steer deadweight average is about £3.44/kg, while the UK-wide steer average is 10p/kg below that.

A 400kg deadweight cap was also set to come into effect at Scotbeef and ABP Perth this week, while Morrisons subsidiary Woodheads announced that it was implementing deductions on carcasses over 410kg from 6 January 2020, while maintaining a 430kg maximum weight.

Speaking at a meeting this week at Thainstone Mart, near Aberdeen, Scottish Association of Meat Wholesalers council member Murray Hardy admitted it “could possibly be true that Irish beef will be coming over here”.

Mr Murray, who also works in procurement for processor Scotbeef, refused to be drawn further on which way the price was likely to go in the next few months but called for more government funding for Scottish farmers.

He said the Scottish Suckler Beef Support Scheme headage payment should be increased from £99 a calf to £250 a calf and the Beef Efficiency Scheme budget should rise from £40m to £100m.

The meeting, which was called by NFU Scotland and attended by more than 350 farmers, saw producers vent their frustration about retailers refusing to lower the shelf price of meat to help demand.

Lack of competition among processors, poor labelling of imports and the perception of red meat in the mainstream media also came under sustained attack.

Former beef farmer Jim Stewart said: “I got out because it is just not working and it is still not working for a lot of folk.

“I think if you just sat down – a lot of you folk here – and did your sums, you would be out tomorrow.

“I know there are some big herds of cows heading towards the mart in the next couple of months in this area alone.”

Stuart Ashworth, economist at levy board Quality Meat Scotland, pointed out that beef imports had actually fallen in January-June this year by 5.5% compared to 2018, and exports had increased.

Domestically, increased heifer slaughtering and heavier carcasses has been offset by fewer steers and bulls coming forward, he said.

“For the whole of 2019, the new supply into the marketplace has been lower than it was 12 months ago,” he said.

However, carcass revenues are still falling as consumers are switching to cheaper cuts of meat and there has been a slump in the value of leather and offal.

Do your bit to speak up for the industry, urges Scottish union chief

All beef farmers can stand up for their industry by calling out a lack of balance in reporting on the environmental and health impact of beef, the NFU Scotland president had said.

Beef producer Andrew McCornick said farmers are becoming increasingly frustrated at the way the industry is being portrayed, particularly on the BBC.

He said NFU Scotland members had been notified in the past few weeks about how to make a complaint to the BBC.

“I would like everyone who is a member, or not, to get in there, and if you see this disparity then complain about it because the BBC is supposed to be balanced and I totally think it is not at the minute,” he said.

Quality Meat Scotland (QMS) chair Kate Rowell said: “We have had such issues with the BBC. It has got to the stage, particularly on the radio, where they won’t let someone on who says they’re from QMS.