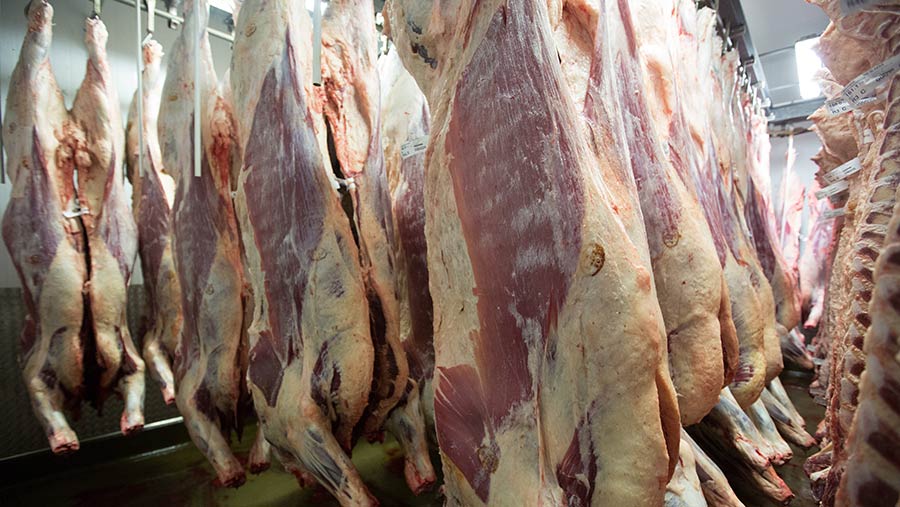 Farmers have been warned that cattle slaughtering across Ireland could be stopped indefinitely if protests at beef-processing plants continue, as industry-wide talks break down.

Meetings between a number of farm organisations, including the Beef Plan Movement Group and the Irish Farmers Association, and Meat Industry Ireland (MII) were due to take place on Monday (9 September), for the first time including discussions about the beef price.

However, MII refused to attend the talks while protests continued across the country, causing the negotiations to be suspended.

The demonstrations have resulted in the forced closure of a number of processing sites in order to protect staff, the meat processor representative MII has said.

An MII spokesman said: “The ongoing intimidation – including verbal and physical abuses, blackmail and vandalism – of staff, farmer suppliers and hauliers by the illegal protesters has led us to this juncture.

“The forced closure of affected sites is resulting in the temporary lay-off of thousands of employees. It will also mean that supplier farmers are unable to sell their animals.”

Some 20 plants representing 80% of processing capacity remain blockaded, according to MII.

Minister for Agriculture Michael Creed has expressed his disappointment that MII pulled out of the talks and has urged the parties to engage in a positive way to resolve the current impasse.

The most recent cattle throughput figures show a decrease for the second week running as a result of the continuing factory protests, according to Irish food promotion body Bord Bia.

A total throughput of 30,188 cattle, 4,000 fewer than the previous week, was recorded for the week ending 1 September.

Overall, beef production was high in Ireland during the first six months of the year, reaching 315,000t.

With exports to England down 5%, Irish exporters have instead been sending more beef to the Netherlands, France, Italy and the Philippines, as well as sending more than 3,000t to the newly-opened Chinese market.

The opening of the Chinese market could prove to be a real boost to the Irish market, and by association the UK market, in the coming months, the AHDB has said.

However, there are concerns that the ongoing protests could affect this. Last week a Chinese delegation visiting Ireland failed to gain access to a meat plant in County Roscommon due to a farmer blockade.

Farmer threatened with prison over protests given injunction

A farmer who had been threatened with a prison sentence over beef-processing plant protests in County Waterford has agreed to the terms of a High Court injunction.

Dawn Meats had obtained permission to bring proceedings seeking the possible imprisonment of a protester.

Seamus Delahunty, 54, of Portnahully, Carrigeen, County Kilkenny, has agreed not to block activities at any meat-processing plant, or to abuse or intimidate staff.

He and other demonstrators can continue to protest peacefully at picket lines.

Justice Meenan said a “considerable amount of common sense” had been shown in court.

Dawn Meats had accused Mr Delahunty of launching “a volley of verbal abuse” at staff based at its plant at Grannagh, County Waterford.

Five beef-processing plant owners have obtained High Court injunctions against protesters, although a number have since been dissolved.

Ireland’s exports to UK down prior to protests

Typically the UK imports about 280,000t of beef each year, with Irish beef accounting for 70%.

“However, the UK so far this year has arguably been slightly oversupplied, which is why prices have fallen.

“Import prices from other countries that supply the UK do not appear to be significantly higher than Irish beef at the moment.”

Retail demand has been poorer (down 1.4% on the year to 11 August, according to Kantar Worldpanel data) and demand in the eating out sector has also fallen in the first half of the year in comparison with 2018.