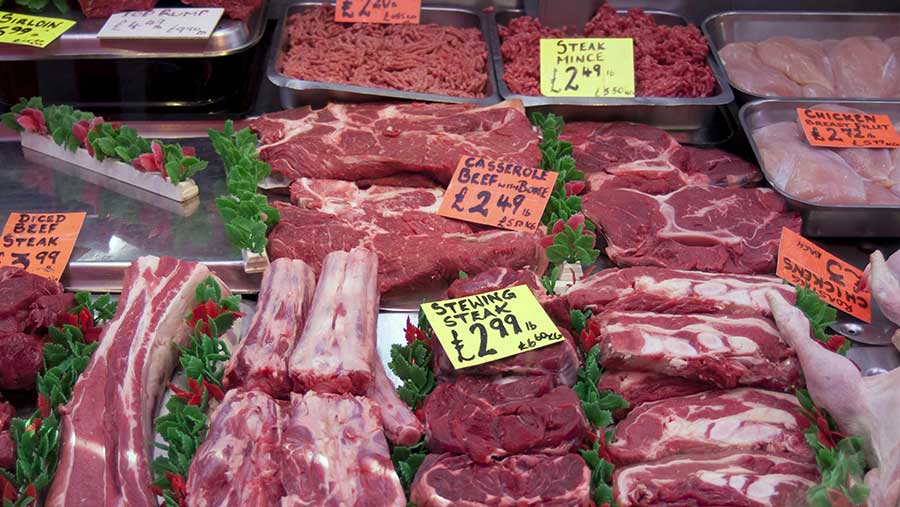 A £2m campaign, paid for by British red meat levy payers to counter the anti-meat claims of vegans and environmental activists, has boosted sales of beef and lamb – except for processed burgers.

Levy bodies in England, Wales and Scotland pooled their funds to pay for social media and video campaigns featuring sports stars, to promote the nutritional and health benefits of meat.

The campaign is now halfway through its two-year schedule and just the social media part is said to have reached more than 1.4 million people. Messages have included the effects of zinc deficiency on “millennials” and the positive effect of meat on male fertility.

According to data sourced from Kantar Worldpanel, the value of beef, lamb, pork and other red meat sales rose by £20m in the 12-week period ending 16 June 2019, compared with the same quarter last year.

But with the industry campaign having a positive effect on primary meat and poultry sales, the levy bodies are unanimous in welcoming progress made so far.

Alan Clarke, chief executive of Quality Meat Scotland (QMS), said it is imperative that facts about the role of meat in a healthy balanced diet continue to be strongly communicated to consumers.

He pointed out that consumers face a “constant flow of unbalanced, and often inaccurate, coverage by some parts of the media”.

“A joint-industry push-back on this misinformation is key as we continue to drive public awareness of the many health benefits of meat,” he said.

The campaign has another 12 months to run, using the £2m fund ringfenced by the three levy bodies for collaborative projects.

“The ring-fenced fund is an interim arrangement, while a long-term solution is sought on the issue of levies being collected at point of slaughter in England, for animals that have been reared in Scotland or Wales,” said a spokesman.