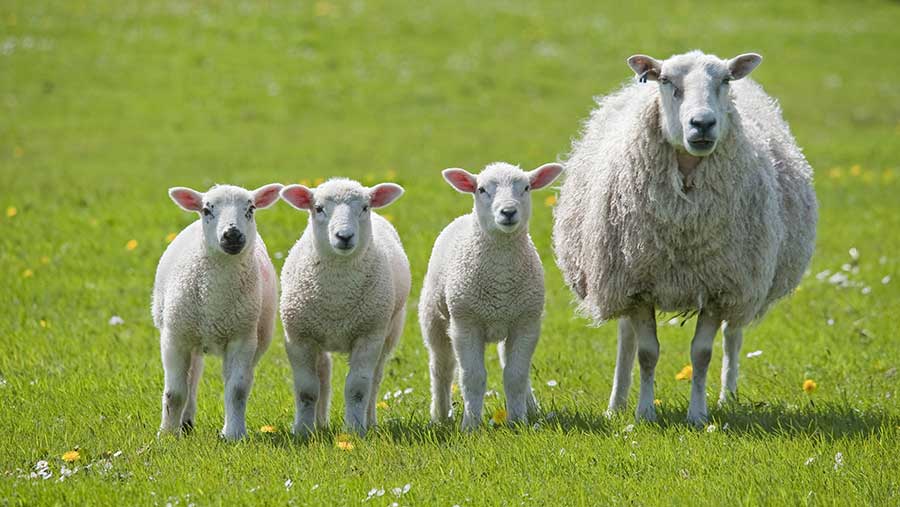 Consumer demand for UK lamb was disappointingly low in the run-up to Easter this year, which traditionally sees a surge in sales volumes.

UK lamb sales plummeted by 14% in 12 weeks to 24 April in comparison to the same period last year according to AHDB Beef & Lamb.

Leg roasting joints, which account for more than half of total domestic sales performed disproportionately badly, down 17% on the same three months in 2016.

Chops and steaks sales volumes also fell by 13% on the 12-week period, with mince experiencing a limited decline of just 4% according to the levy board.

Inflation hit lamb retail prices, forcing prices up 8% to average £8.26/kg, which, coupled with the fall in sales volume, led to a total fall in spending of close to 7%.

A decline was recorded across roasts in general, with a year-on-year drop on volumes sold of the traditional meal centrepiece.

Beef and pork to the rescue

However, fresh and frozen primary red meat saw an overall year-on-year increase of volume sold (2%) and overall spend (1%), hinting that sales of pork and beef more than offset the poor performance of lamb.

With the barbecue season and good weather forecast, barbecue sales have been strong according to AHDB Beef & Lamb.