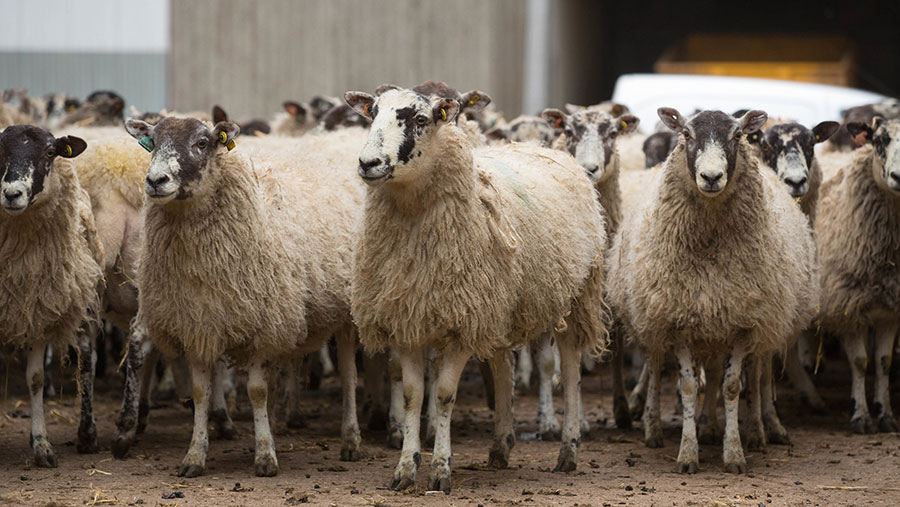 The continued weakness of the pound and falling lamb production in New Zealand will be key to determining the UK lamb market’s strength in 2017, says AHDB Beef & Lamb.

This increased the appeal of UK exports to the EU, the country’s largest customer for mutton and lamb, accounting for about 85% of total sheepmeat exports.

The national sheep flock and number of breeding ewes in New Zealand has consistently fallen since 2007, as has the amount of its EU import quota the South Pacific nation used in 2016.

The latest available figures for UK exports of mutton and lamb to the EU are for October and show exports 1.4% higher than in the same month the previous year, at 6,496t for the month.

Pressure on prices will also come from lambs which were not finished in 2016 due to poor summer weather, crowding the market and pushing supplies above 2016 levels.

The levy board said this would make producing lambs to specifications even more important, with retail demand largely dictating prices.

In the longer term, the ramifications of Brexit negotiations including possible barriers of tariffs imposed on UK lamb and mutton could hit exports.

The negotiation of trade deals with key exporters New Zealand and Australia will be important, especially to see how quotas are divided and whether lamb and mutton will enjoy a protected status in any free trade deal.

From a Scottish perspective, in the final seven months of 2016, slaughterings were down 10.5% on the same period the year before, suggesting echoing the UK-wide trend in carrying more hoggets over to 2017.

“The rate of decline in slaughterings suggests there were greater cross-border movements of sheep from Scottish farms for slaughtering in England and Wales,” said Quality Meat Scotland (QMS) senior economics analyst, Iain Macdonald.

“Although, slaughterings began to even out with 2015 levels in November and December,” he added.

An increase in lambs sold in the store ring due to slow growth rates also contributed to reduced slaughter numbers in Scotland, said Mr Macdonald.

“The average carcass weight at Scottish abattoirs trailed year earlier levels by 1-2% from June until November, before evening out in December.

Compared with the previous year, a significantly higher proportion of the lambs sold at prime auctions in Scotland between June and October weighed less than 45.5kg.

Looking ahead into 2017, Mr Macdonald predicted there are likely to be more hoggets for Scottish abattoirs to slaughter while weights may begin to increase, resembling levels in 2016.

This would mean a higher number of lambs would be produced in the first four months of 2017 compared with the same period 12 months previous, said the analyst.

“The number of hoggets reaching the market will also depend upon the volume of ewe hoggets kept as replacements.”