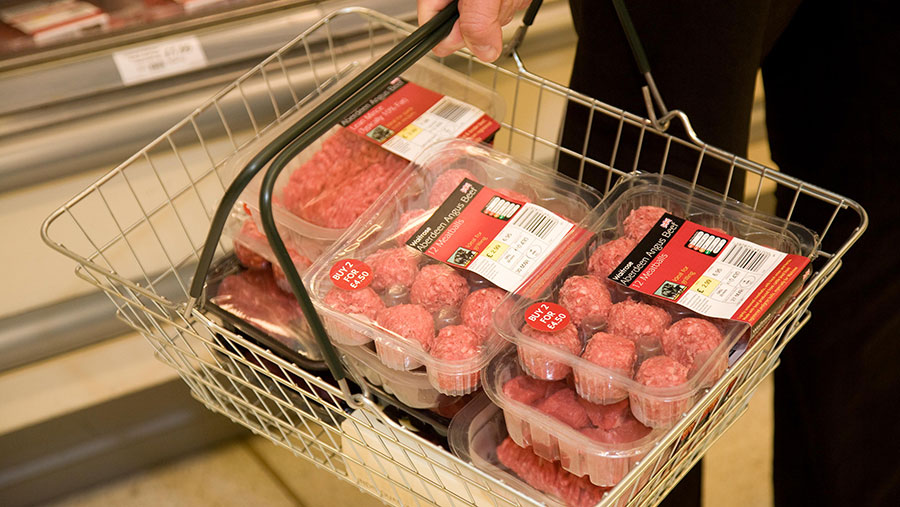 Red meat promotion campaigns by levy boards have been hailed as successes after reaching millions of consumers and bolstering sales during the Covid-19 lockdown.

The lockdown in March also sparked panic-buying of cheaper products such as mince, which had a knock-on effect of creating a surplus of more expensive cuts.

As premiums fell away, the meat promotion bodies responded with targeted campaigns to boost home-cooking using a wider proportion of cuts across the carcass.

In Wales, HCC booked almost a thousand advertising slots on commercial radio and quickly chalked up exposure that reached more than one million listeners.

“We started our Welsh Lamb and Welsh Beef campaign in March, when the markets were very unstable.

“By May, total sales of beef steaks were running at 40% above the previous year, and independent butchers were seeing nearly 50% more custom for beef and were selling 25% more lamb,” she said.

The initiatives in Wales were further supported through a partnership with the AHDB and QMS. Together the bodies mounted the £1.2m ‘Make It…’ campaign to generate awareness of high-quality British red meat.

In eight weeks, a digital campaign generated over 187m opportunities for consumers to see ideas for red meat recipes.

Meanwhile, in Scotland, a cross-media QMS campaign included a partnership with STV, and two other TV channel sponsorships.

The recipe ideas and practical cooking tips were mainly aired within peak-time viewing hours, covering shows such as Emmerdale and Coronation Street.

Overall, the ongoing STV partnership, which features beef, lamb and pork, is expected to reach more than  2.7 million consumers – four out of five adults in Scotland.

Marketing director at QMS in Scotland, Lesley Cameron, said: “We are delighted with the results of the ‘Make It Scotch Beef’ campaign, which have exceeded our initial expectations.

Ms Cameron added: “This is particularly significant at a time when people are becoming more attuned to shopping locally and learning more about where their ingredients are coming from.”