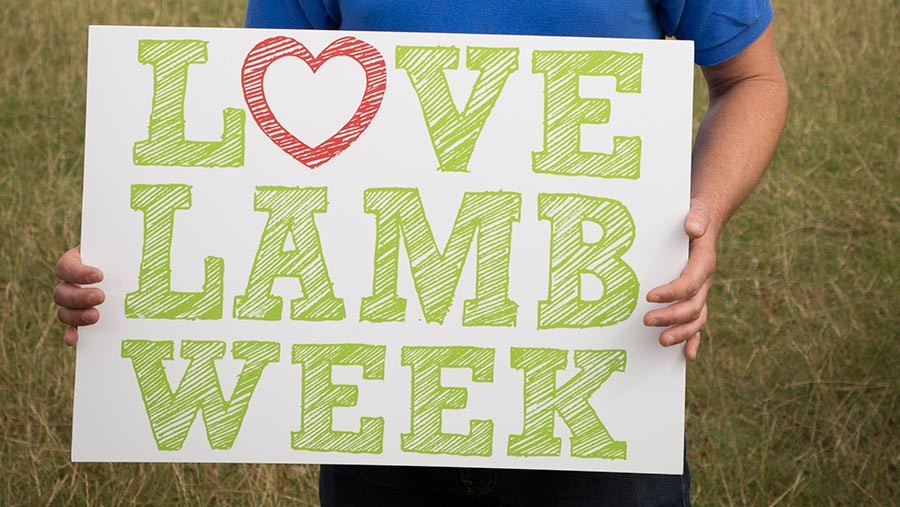 The third annual Love Lamb Week launched on 1 September, coinciding with the news that both UK production and exports were on the up in the first half of 2017.

However, domestic consumption of fresh and frozen lamb declined over the past 12 months, according to the latest statistics from AHDB Beef & Lamb.

The week, which focuses on promoting the consumption of lamb in the UK, will be running a series of campaigns across television, online blogs and social media channels using the hashtag #lovelamb.

The initiative will run until 7 September, and is organised in association with the Agriculture & Horticulture Development Board, the National Sheep Association and is supported by the NFU.

“The initial reaction on hearing that UK lamb exports are up and New Zealand volumes into the UK are down might be positive but this can only mean that domestic consumption of lamb has reduced overall,” said NSA chief executive Phil Stocker.

“Keeping lamb in shoppers’ baskets as a product of choice has to be an essential part of any future marketing strategy, even more so as post-Brexit trade options remain unclear,” added Mr Stocker.

“The NSA welcomes the chance to be actively involved in Love Lamb Week – an excellent example of the industry working collaboratively to support our sheep producers.”

The latest AHDB Beef & Lamb statistics show positive signs for the UK lamb industry, with production in the first six months of the year up by 5% to 137,000 tonnes, compared with the same period last year.

In the same period, the UK, which is the world’s third-largest lamb exporter, increased total shipments by 18% to 40,436 tonnes.

This rise coincided with a dramatic drop in lamb imports from New Zealand, which fell by 24% to 47,243 tonnes across the first half of the year compared with the same period in 2016.

Despite marginal increases in the amount of lamb imported from Ireland, Spain and Australia, total volumes imported to June 2017 were 47,243 tonnes – 15% lower than the same period last year and 35% below figures from a decade ago.

There was more positivity with the GB liveweight new season lamb price, which jumped by 9.74p to 192.32p/kg in the week ending 30 August.

The price was bolstered by the run-up to the Muslim festival of Eid, which also helped to drive up throughputs at markets by 2.6% to 141,991 head.