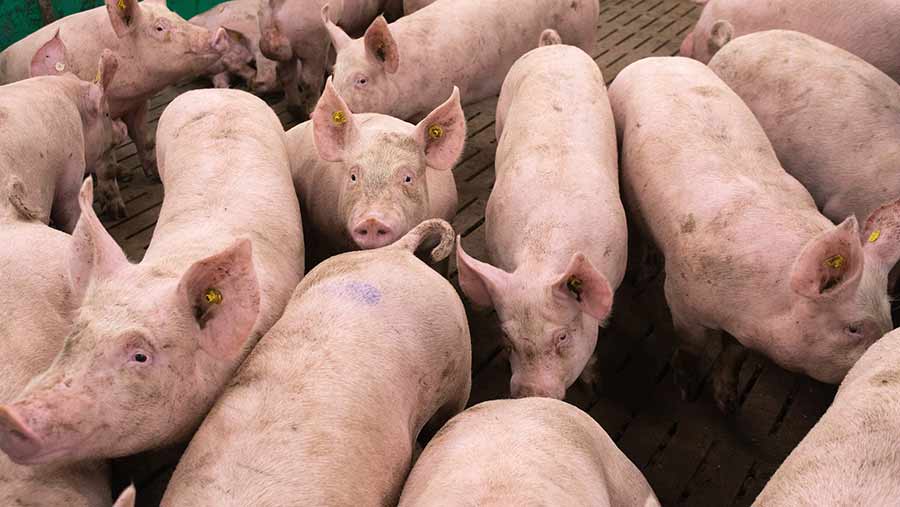 Morrisons’ meat processing arm Woodhead Bros has announced that it is increasing its contribution price for pigs by 30p/kg. Industry leaders are hoping this will put pressure on other retailers to follow suit.

This follows increases of 12-15p/kg in contribution prices from a range of processors in the week ending 11 March, reflecting both the high costs of production and a sharp rise in pig prices across Europe, which is making imported pork less attractive.

Zoe Davies, chief executive of the National Pig Association (NPA), said the move by Morrisons was welcome and a good start.

But she pointed out that pig farmers were operating with a range of different contracts, so the impact was difficult to assess.

Others might be 100% SPP based and have no element of the contribution price.

“So it isn’t clear yet what the impact will be on both the SPP or for producers supplying Morrisons,” she said.

Waitrose announced in February that it was taking steps to ensure that all of its dedicated pig producers would receive a fair price, with the retailer making a commitment to pay a market leading price for their product to support them in their hour of need.

Dr Davies added that Morrisons was the first of the other retailers to make such a move since the NPA wrote to all of them just over a week ago, and she expected others to follow suit.

A meeting has already been scheduled with Tesco.

“Our concern is that it is good to see these rises happening, but we need more and we need it now.

“That’s why we want the other retailers to step up and follow Morrisons and do something meaningful.”

Getting prices back up to the 200p/kg level, the breakeven point for many producers, was essential to secure British pork going forwards, added Dr Davies.

“Pig farmers are taking decisions on their future in the sector right now, having made losses for the fifth consecutive quarter and being unable to take any more input price rises without a supportive pig price.”

However, the contribution price would feed back into the SPP because this was a simple average of all pigs sold in GB and blind to how those prices had been reached.

The rise in the SPP for the week ending 12 March was only 0.41p/kg because the increases in the processor prices had come too late to have much of an influence on that week’s SPP which runs from Saturday to Saturday, he said.

However, he would expect them to start having an influence on the SPP when the figures for the week ending 19 March were published this Wednesday (23 March).

Further announcements, such as the one from Morrisons, should then keep up the momentum.

He added that some contracts were based on rolling averages of the SPP over the previous four to six weeks, which meant there may be a lag in prices feeding through.