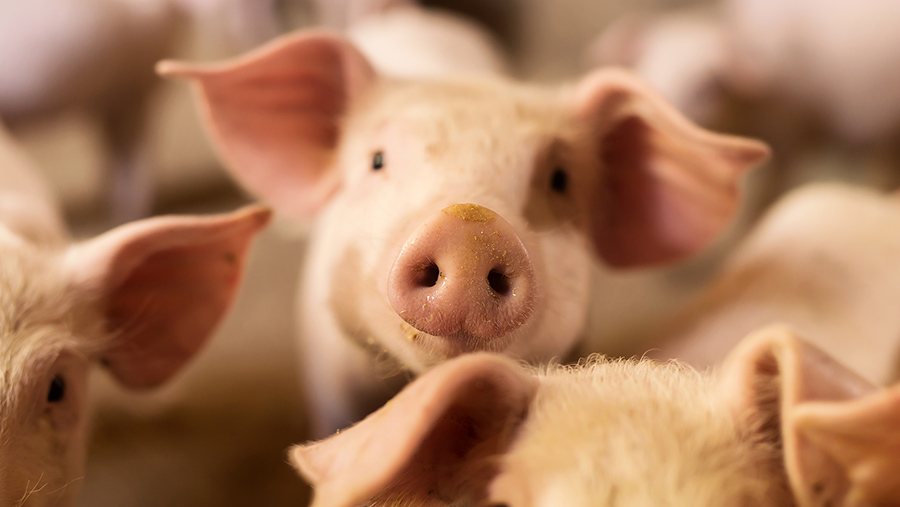 The new variants of the virus appear to be spreading more quickly in some areas than the previous dominant variety.

The situation is further complicated by an illegal vaccine scandal, with farmers believing drugs that turned out to be fake would protect stock and dropped their guard.

Mortality rates in youngstock and culling rates of older pigs have risen.

The latest figures from global bank Rabobank have suggested the national herd fell by as much as 5% each month in December, January and February.

The fall has slowed the resurgence of the Chinese herd, which was recovering from the huge losses of 2018 and 2019.

In volumes that represented production of about 42m tonnes in 2021, up from the record lows of about 40m tonnes last year, but still down on highs of almost 60m tonnes before ASF hit.

Rabobank analyst Justin Sherrard told the Financial Times that Chinese pork prices would fluctuate throughout the year due to the disease, feed costs, and import policies.

“Our view is that average hog prices in 2021 will be lower than in 2020 and subject to strong ups and downs during the year,” he said.

Currently, piglet prices in China are 15% up on December’s levels, which is when news of the variants began to circulate.

This was put down to some pig farms culling large numbers of animals pre-emptively, in fear that the disease was on the rise.

The unstable situation is reflected in a wide-ranging forecast of China’s import demands.

Rabobank’s report predicted that China would import about 3.9m-5m tonnes of pigmeat in 2021, with volumes anything from 10-30% down on the record high of 2020.

Mr Sherrard said that the outbreak of ASF among wild boar in Germany would also be a factor.

China and 10 other countries imposed a ban on German pork imports after the virus was found in wild boar in the country’s Saxony region.

That left an extra 70,000t of pork destined for export markets to flood back on to the EU market each month, Mr Sherrard said.

He suggested that the ban could remain in place until the summer, while the Chinese health authorities monitored the situation in other countries that had relaxed or removed their trade block.

Meanwhile, pig prices in the UK have slipped back slightly this week after two weeks of rises, according to AHDB figures.