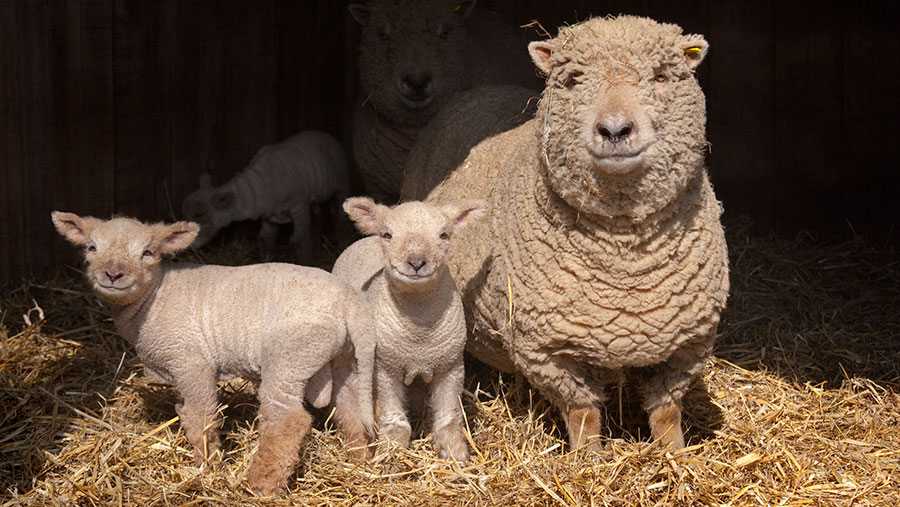 Lamb imports from New Zealand have seen a modest rise in 2020 following a significant drop in 2019 as the country pivots to focusing on sending more meat to Asian countries.

According to New Zealand’s Meat Industry Association (MIA), the value of sheepmeat exports to the UK had rocketed by 25% since the start of 2020, but the AHDB has said this actually translates into only a modest increase in volume.

See also: Advice on marketing lambs for the Muslim festival

However, AHDB lead analyst Duncan Wyatt explained that the claims should not be a concern to UK farmers and did not reflect an upward trend.

Firstly, the figures quoted are in New Zealand dollars and the currency has weakened against the pound over the past 12 months, Mr Wyatt explained.

“If we compared the value of lamb imports during the first quarter of 2019 and the same period in 2020 in pounds sterling, the increase would be far lower at 15%,” he suggested.

In addition, the increase is in value terms and, as there has been a rise in lamb prices, the figure will be inflated.

Last year’s import figure was the lowest in a decade, so the increase is against a very low base.

Furthermore, this is not in line with the underlying downward trend.

“New Zealand is increasingly serving the Chinese market. But restrictions due to coronavirus have seen ports and other transport hubs gummed up,” he said.

That has left New Zealand with a surplus of sheepmeat, and some of this has been sold to the UK as a stop-gap until the Chinese market is back online.

The AHDB’s forecast is for NZ lamb imports to continue dropping.