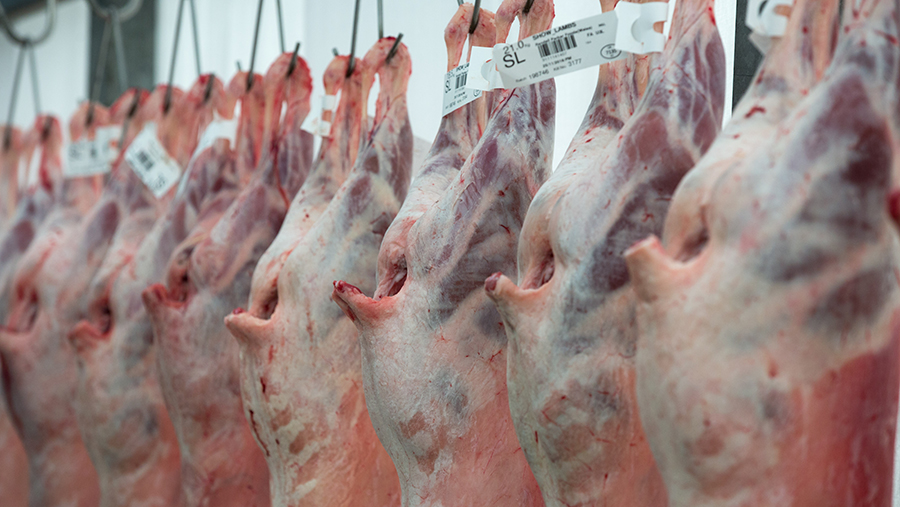 Northern Irish sheep farmers are suffering a widening price gap for their lamb compared to their counterparts in the Republic of Ireland and Great Britain, the Ulster Farmers Union has said.

Figures from the Livestock & Meat Commission, which collects pricing information in Northern Ireland, put the average deadweight price for the week ending 23 October at 345p/kg for Red Tractor-assured lamb.

A year ago the gap between NI lamb and GB lamb was around 10-20p/kg.

A number of sheep processors in the Republic of Ireland are also paying up to a cap of 22kg, whereas in NI they are only paying to 21kg – further disadvantaging NI producers.

Ulster Farmers’ Union president Ivor Ferguson said there had long been a price differential and is was something the union had lobbied hard about.

“But the gap is bigger recently, particularly over the last three or four months. We are very disappointed. It is difficult to understand why Northern Irish lambs should be worth so much less.

“We seem to be the bottom of the pile in the three marketplaces.”

Mr Ferguson said farmgate prices for lamb had fallen at an “alarming” rate in Northern Ireland in recent weeks and with the cost of production on the rise, sheep farmers were facing an unsustainable situation.

AHDB figures suggest a full economic cost of production, including subsidies, of 490p/kg, he said.

While it was not unexpected for the price of lamb to fall over the summer, the drop had been disproportionately large in Northern Ireland and questions had to be answered about why Northern Irish lamb was being bought at a such a discount, he said.

The UFU has calculated that farmers are making roughly £4.83 per lamb less than they were a year ago.

About 50% of NI’s lamb production is taken as live lambs to be killed in the Republic of Ireland.

The UFU is calling on local factories to move into line with those processors in the Republic of Ireland paying up to 21.5-22kgs, as this would create some extra income for many NI sheep producers.

The union has also met with government officials and the Northern Ireland Meat Exporters Association and is working on proposals that would help provide some future certainty for sheep producers.