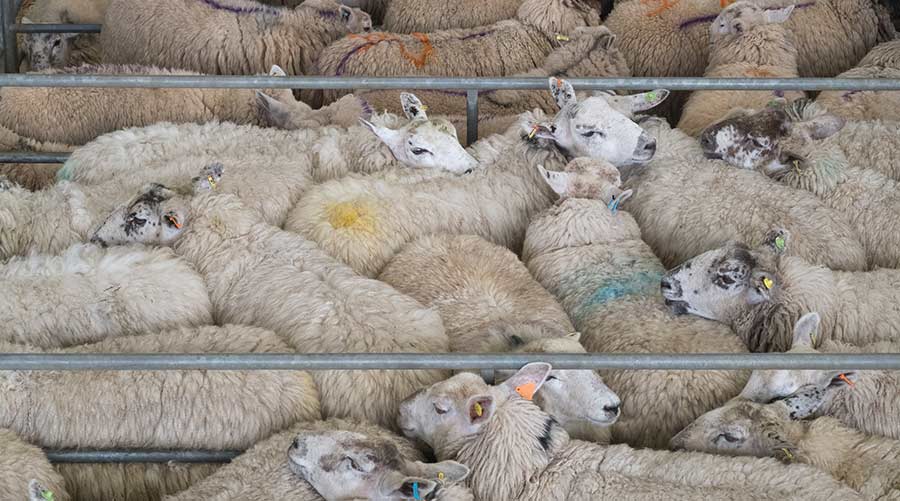 Average liveweight prices across Great Britain fell below 200p/kg for the first time since March for a SQQ quality lamb – one between 25.5kg and 45.5kg – to stand at 191.7p/kg on Thursday.

Auctioneers at Welshpool Livestock Market reported a two-tier trade on Monday, with strong demand for well-fleshed hoggets of all weights, but a difficult trade for significant numbers of “end of season” animals.

Swelling numbers of spring lambs on offer have given buyers more quality to choose from this week, with the total number sold liveweight in a single day crossing the 10,000 threshold on Monday (13 March) for the first time this season.

New season lamb sales through the rest of the week were also significantly higher than the previous week, but total lamb sales fell as the old season lamb trade starts to draw to a close.

Many specialist old lamb finishers are likely to be targeting finishing selling by the 24-hour Islamic festival of Eid Mubarak, which marks the end of Ramadan and begins this year on the evening of 4 June.