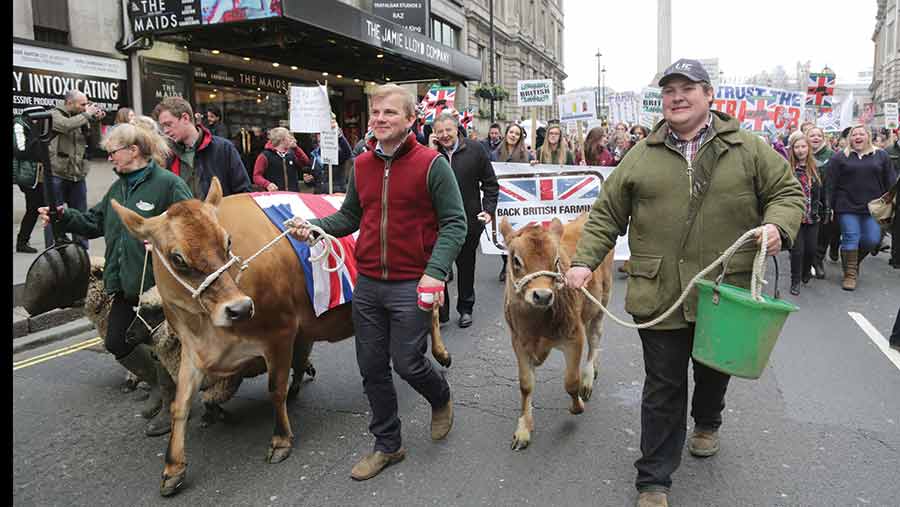 Hundred of farmers descended on the streets of Whitehall in London today for a protest march organised by campaign group Farmers For Action (FFA).

The farmers were joined by families, friends and others from the agricultural industry and they marched to highlight the prices crisis that UK farming is facing.

Those on the march shared updates and pictures throughout the day, with the hashtags #FarmingToLondon, #F2L and #NoFarmersNoFood.

Farmers from all over the UK, from Cornwall to Cumbria, made the trip.

Estimates suggest there were over 1,500 protestors, representing the different generations affected by the current agricultural climate. Members of the National Federation of Young Farmers Clubs took to the streets with banners.

There were eye-catching cow print onesies…

And the real deal, with animals from Belmont Farm in Mill Hill, London.

And shared the Red Tractor message.

Chairman of FFA David Handley delivered a letter to No.10 Downing Street. He said the aim of the march was to “put British food right at the forefront of the government’s menu”.