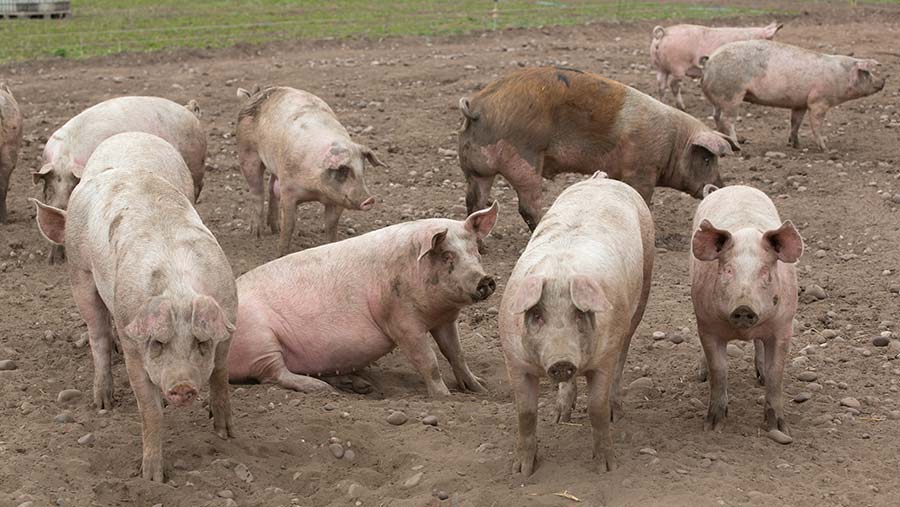 The average pig carcass weight has hit an all-time high of 92.35kg as challenges with slaughter capacity in the abattoir sector continue to bite.

The AHDB’s weekly market round-up has revealed the heaviest recorded average weight since the standard pig price (SPP) was initiated in 2014.

The National Pig Association (NPA) said the figures reinforced anecdotal reports from farms of excessively heavy pigs as a result of the processing backlog, which it says is still showing “no real sign’’ of easing.

Abattoirs are continuing to report a lack of workers for processing pigs.

There were 135,700 pigs slaughtered in the week before Christmas – significantly lower than the previous week, but in a shorter kill week.

The association says most pig producers will be making significant losses, in many cases well beyond the £25/pig deficit recorded for the first half of 2021.

Its stark warning comes despite the EU-spec SPP nudging up by just over a penny to 142.86p/kg in the week leading up to Christmas.

This increase reversed the recent downward price trend, but it is still 4.5p down on a year ago and 7.5p down on the five-year average, according to the NPA.

“Significantly, EU prices appear to have bottomed out,” the NPA said. “The EU reference price recorded its third successive increase in the week ended 19 December, reaching just short of 113p/kg.”

But it remained more than 30p/kg below the UK equivalent.

The price trends are set against a backdrop of exceptionally high feed prices, with wheat currently trading at around £220/tonne.

The most recent cost of production figures published by AHDB, for the third quarter of 2021, show pig producers losing 20p/kg, with feed costs accounting for about £1.20/kg.