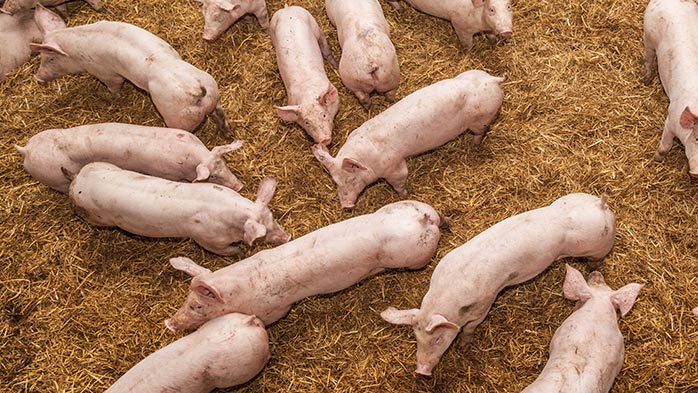 Producers supplying pork to Tesco are yet to receive any of the £6.6m of direct funding promised by the supermarket chain.

In May, Tesco announced the additional money would be paid until August through an enhanced payment plan, after providing £3.4m in increased payments from March.

More than a month later, producers have still not received the funding.

There is still a lack of transparency about how this additional funding pledged by Tesco will actually be passed on to producers.

It was hoped some news would be shared at Tesco’s AGM on 17 June, but no information was announced.

Farmers Weekly contacted Tesco for a response, but was told no further details would be provided, citing commercial sensitivities.

In stark contrast, the UK pig sector has been making a loss for almost two years, with a loss of £58 a head during the first quarter of 2022.

Cost of production for the pig sector reached 240p/kg in May, according to AHDB estimates. However, pig prices are still well below this, with the EU-spec standard pig price averaging 183.1p/kg for the week ending 11 June.

Rebecca Veale, senior policy adviser at the National Pig Association (NPA), said: “The pig price is still way behind the cost of production, and producers have been making significant losses for seven consecutive quarters now – collectively this loss is in excess of £500m.

“While the commitments from retailers have been welcome, they are insufficient to sustain the pig sector.”

Some members of the House of Lords have called on the government to offer direct support to the pig sector.

A discussion took place in the House of Lords on the pig industry crisis on 17 June, tabled by Liberal Democrat peer Baroness Harris of Richmond.

The NPA criticised the response from Lord Benyon, the Defra parliamentary undersecretary of state, who represented the government.

Ms Veale said: “Despite a clear outline of the challenges British pig producers face, Lord Benyon’s response fell short, with a lack of recognition for the ongoing backlog issues, number of pigs culled and need for direct government support.

“Our competitors across the EU have been given direct financial support. We’ve lost 15% of our sow population already; this is continuing to rise and unless something changes, we won’t have a pig industry left.”