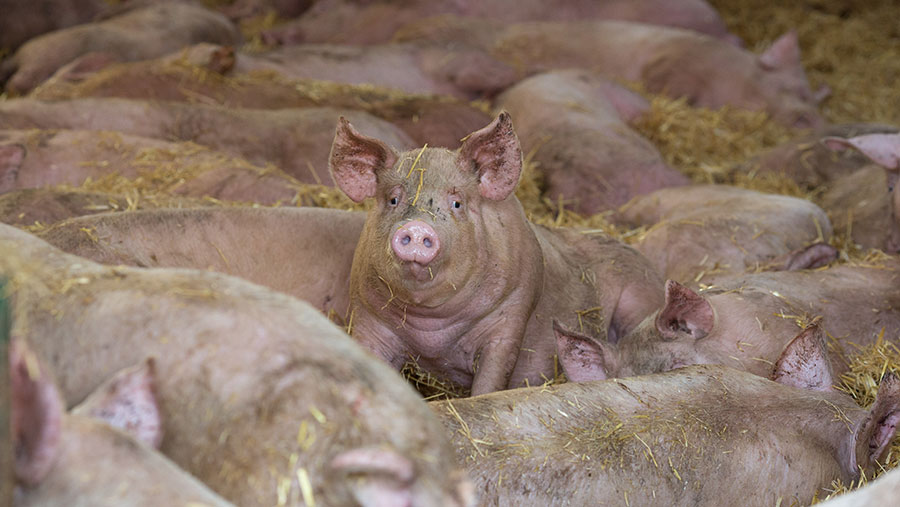 Pig prices have dropped back for a second consecutive week, with labour shortages at abattoirs and processing plants leading to a backlog of pigs on farm.

For the week ending 14 August, the EU-spec SPP dropped by 0.57p/kg on week-earlier levels to 160.22p/kg, according to the AHDB. This now puts pig prices 3.29p/kg lower than at this time last year.

Bethan Wilkins, senior analyst at AHDB, said: “Relatively low prices on the continent, as well as reports of difficulties processing pigs through the supply chain, will have contributed to this change.”

AHDB estimated slaughterings at 163,400 head for the week, a fall of 30,500 head compared with the same week last year.

The National Pig Association (NPA) continues to lobby the government for support for businesses in the pig sector that have been affected by issues relating to staff shortages. This is despite Defra rejecting a previous NPA plea in July for a compensation support package worth £3.2m for the English pig sector.

The NPA is also encouraging its members to email their MPs and make them aware of how their businesses have been affected.

NPA senior policy adviser Charlie Dewhirst said: “The more noise we can raise politically on this issue, the more likely we are to get our voice heard and see some action.”

The British Meat Processors Association (BMPA) warned that staff and skills shortages meant many businesses were up to six weeks behind their Christmas production schedules.

The organisation said the production delays meant inevitable shortages of some of the more complicated Christmas lines, such as pigs in blankets.

Restricted throughputs at abattoirs are in turn creating the build-up of pigs on farm.

Staff shortages in the supply chain are currently estimated to be reaching 15% of the total workforce, with drivers reportedly being poached by retailers who are offering sign-on bonuses of between £2,000 and £5,000, according to the BMPA.

This is exacerbating the issue further, and suppliers are then being penalised for failure to deliver goods on time to retailers.