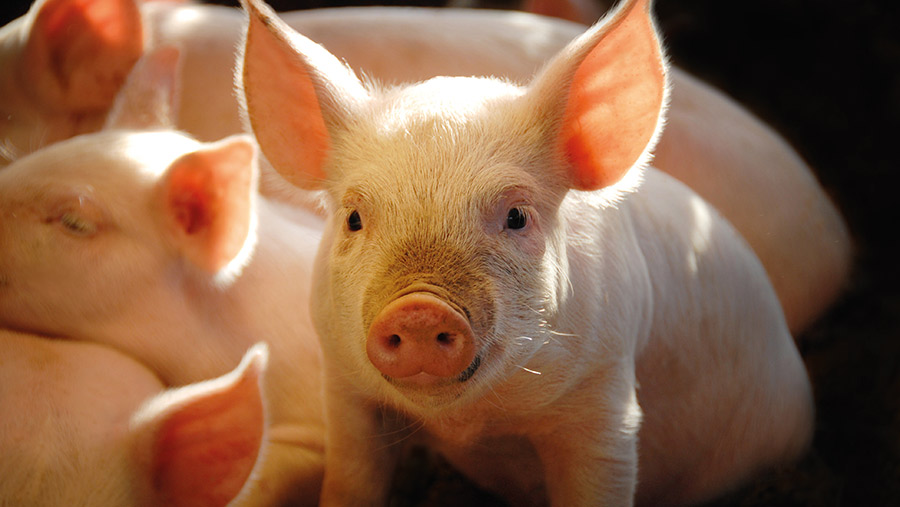 It is normal for most contract-finishing pig businesses to have dedicated fieldsmen assigned to specific farms to assist them with all aspects of pig production.

This can include everything from establishing the system and building a set-up to the feeding, health, stockmanship, and selection of animals for slaughter.

Farmers rearing pigs on a contract will take pigs of different ages and, as such, the management challenges will vary.

Typically, the main systems would be categorised as:

Nursery sites can require more input at the start due to the younger age of the pigs, whereas pigs on a finisher system are more established.

See our other pig B&B advice

Advice on establishing a b&b agreement

Most feeding programmes will be dictated by the owner and will have been developed to suit the genetics of the pigs, says Rick Buckle, managing director at White Rose Farms.

White Rose Farms was established in 2018 and is owned by food producer Cranswick. It consists of 25 contract finishing and growing farms, and is based mainly in Yorkshire and Lincolnshire.

“We have specific rations for each stage in the pigs’ life with a creep, link, and weaner diet used on the nursery farms and a grower and two finisher diets used on the grower and finisher farms.

“The diets have been specially developed for the genetics of the pigs to maximise their growth rates, with all pigs being fed on an ad-lib basis,” he explains.

Mr Buckle says pigs will have received some creep feed at the breeding farm prior to weaning, to aid the transition.

“Whenever a ration is changed, it is done gradually, so there is never a sudden change between rations. We have quite a prescriptive plan on what we want our farmers to feed the pigs, so the feed matches the requirements of the pigs,” he adds.

All feed arrives in bulk at the farms and is stored in silos. Ideally, each farm should have enough on-site storage to receive a full lorry load.

“They can be using five to six tonnes of feed a day, so adequate feed storage is vital. All our feed is ordered from our head office, so the farmer just needs to let us know when he needs more and we sort that out,” Mr Buckle explains.

For farmers new to pigs, there are some key things to look out for to indicate whether the animals are happy or not.

These include the following:

Mr Buckle adds: “Sometimes it can take an experienced stock person to identify the issue. Our dedicated team of fieldsmen is always on hand to help identify any problems and help manage them.

“It’s important for anyone new to pigs to realise there is a lot of help out there. Experience will often tell you what is going on and that is where our fieldsmen can help if the farmer doesn’t yet have that experience,” he says.

The Needham family from Louth in Lincolnshire diversified into contract-rearing pigs in November last year.

The farm consists of Sue and John, and their son Henry.

With Henry returning to the farm from college, they wanted to add another string to their bow and diversify farm income.

In addition, TB restrictions and six-monthly testing were making it harder for the family to test cattle that were grazing rented ground away from the farm, so they decided to reduce the herd of 120 suckler cows by 40.

Mrs Needham says: “With single farm payments going and the variability in crop and beef prices, we wanted a stable income, which contract rearing offers.”

The Needhams invested £600,000 in an indoor, slatted finisher system. Pigs arrive at three months of age and remain on the farm until they are about 115kg.

The contract is with White Rose Farms, and they are paid on the square footage of the shed, rather than on a per pig basis.

“It’s perfect, as it helps with cash flow. The building should pay for itself in seven years,” says Mrs Needham.

The family have not had much experience with pigs, except at university. “This doesn’t matter though, as we have our fieldsman Lee who comes once a week, and we are gaining experience and knowledge from him,” she says.

In addition, the slurry from the pigs will benefit the 243ha (600 acres) of arable being grown on the farm.

Mrs Needham adds: “We grow wheat, barley, and oilseed rape and will apply the slurry twice a year. We have only applied a bit so far and have already been able to reduce the amount of nitrogen we buy in.”