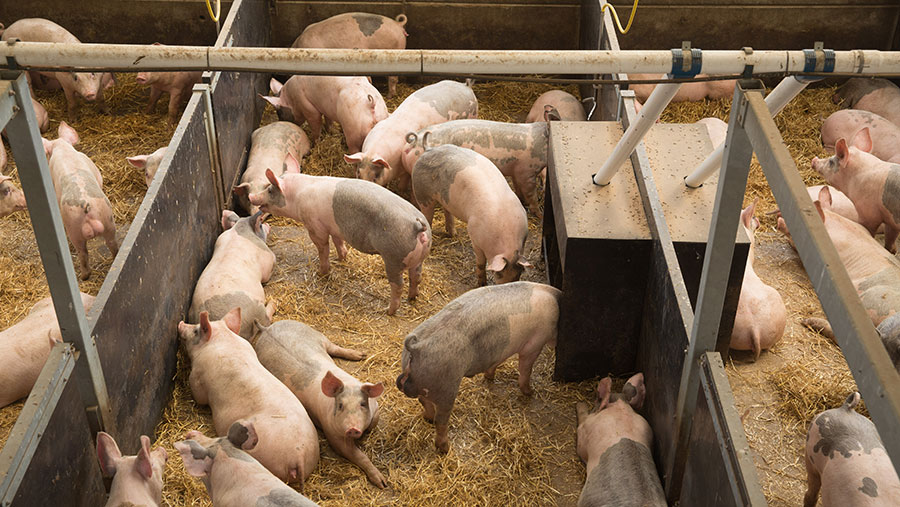 The latest finished pig prices have continued to move upwards, with a 0.93p/kg increase – the largest weekly rise recorded for six weeks, according to AHDB Pork.

The EU-spec SPP for the seven days up to 30 November stood at 159.54p/kg, extending the price premium over the same week last year to 16.25p/kg.

The latest price is also more than 16p/kg higher than the five-year average, AHDB figures show.

However, the weaner price, which is more volatile due to changes in the mix of pigs traded, fell back on the week, said AHDB senior analyst Duncan Wyatt.

Carcass weights were slightly lighter than last week, at 84.59kg, although they continue to run heavier than last year, Mr Wyatt said.

The increase in pig prices reflects the ongoing African swine fever (ASF) crisis in China, which has seen the production capacity of its national herd slashed.

Global bank Rabobank has suggested the herd has fallen from 430 million head in August 2018 to just 200 million this autumn.

Meanwhile, the latest Animal and Plant Health Agency report showed ASF had been found among wild boar in Poland, just 25 miles from the German border.

Poland’s national veterinary inspectorate announced nine new cases had been discovered since an initial spate of about 20 cases in the Lubuskie region in November.

The situation is more serious than previously thought, according to the National Pig Association, as the neighbouring Wielkopolskie province is home to 30% of Poland’s pig population.