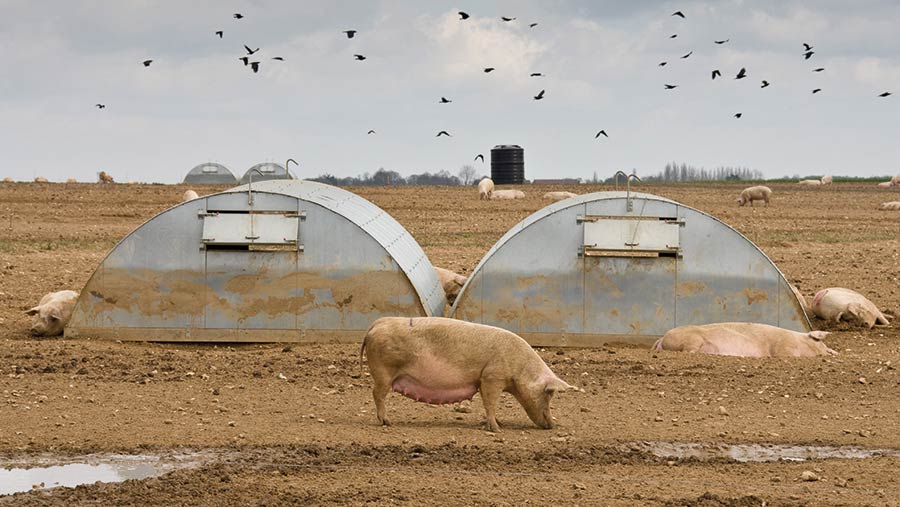 The drop in prices is linked to the ongoing ban on German pigmeat exports to more than 10 countries outside the EU including, China, Japan and South Korea.

Germany is the world’s third largest exporter of pigmeat behind the USA and Spain, sending almost 500,000t of pigmeat and offal to China in 2019.

With outlets blocked, fears that the produce destined for the Far East would flood the EU market, have put downward pressure on prices.

China’s ban was introduced just two days after an ASF-infected wild boar was found on 10 September, close to Germany’s eastern border with Poland.

Its swift response was due to its ongoing battle with ASF in its domestic herd which has seen 120 million pigs wiped out over the past two years.

German officials had hoped for a partial lifting of the ban with exports allowed to resume from areas declared ASF-free. But cases of ASF in wild boar have continued to emerge.

To date 123 further cases have been identified. Until last weekend every case had been located in the Brandenburg region close to the original incident.

However, the latest infected animal was identified in Saxony, raising concerns that the infection is spreading and undermining calls for ASF-free export zones to be established.

The virus also seems to be spreading within Brandenburg with one new case, among the 11 identified last week, in a new area.

Fencing has been erected around the infection site and restrictions imposed.

For UK producers the German export ban has compounded difficulties with a valuable cull sow trade. The German trade for cull sows is the UK’s only export outlet.

With pigmeat supplies mounting and disruption caused by Covid-19 outbreaks at key German processing plants, the sow price has fallen to about £60/head.

The pandemic has also limited staff numbers at some UK processors, affecting output, according to AHDB livestock analyst Charlie Reeve.

Estimated weekly slaughterings are more than 14,000 head down on those at this time last year, Mr Reeve said.

Meanwhile the average SPP carcass weight has broken the 87kg barrier for the first time. Carcass weights increased week-on-week to average 87.19kg by 31 October, an increase of 410g on the previous week, and 2.66kg up on the same week last year, Mr Reeve said.