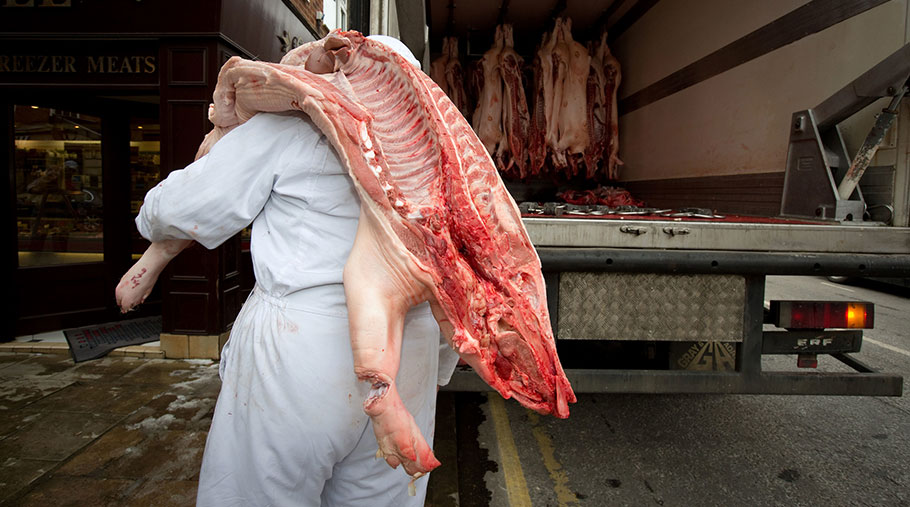 Pig prices are holding steady in the hot weather despite the carbon dioxide shortage and falling demand.

However, this is 12.25p/kg lower than year earlier levels.

With the difference between UK and EU pig prices remaining over 20p/kg since the start of May, competition from imported produce has likely risen, says AHDB.

See also: 10 most common cross compliance breaches and how to avoid them

Weaner prices are likely to stay under pressure, says consultant Peter Crichton, as buyers are cautious about the likely cost of straw and feed.

The hot weather means sausage sales are doing well. Volumes sold were up 4.5% on the year in the 12 weeks to 20 May, according to retail analyst Kantar Worldpanel.

Bacon sales are stable but fresh and frozen pigmeat is down 4% on the year. Retail prices are up about 30% on the year, accounting for some of the fall in fresh pork sales, which could struggle more as the hot weather continues, says Kantar.

Exports up, prices down

The EU exported 167,800t of pork during April, which was 7% more than in the same month last year.

However, with average export prices down 10% on the year, the value of those exports was 3% lower than in the same month last year.

While China is a valuable outlet for excess supply, its domestic pork prices are going through a challenging period, so EU export prices need to remain competitive, says AHDB.

This is an increase of 246,000t (+4%) compared with the first quarter last year, following a strong start to 2018 and also an increase in weights.