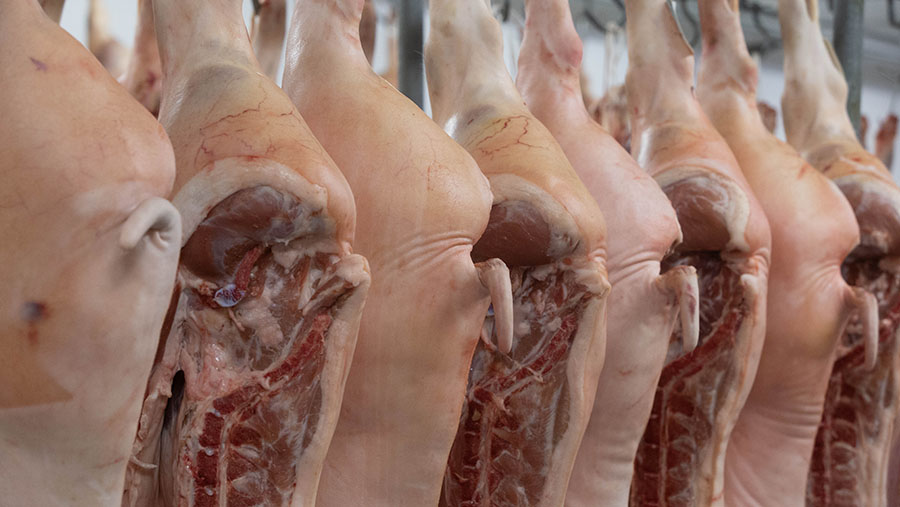 Pig farmers are entering loss-making territory, with the average cost of production at its highest level since 2013, but farmgate prices under pressure.

Latest figures from the AHDB show the estimated net margin during the third quarter (Q3) of 2020 fell to 8p/kg deadweight or £7 a head, which was 4p/kg or £3 a head less than during the previous quarter.

However, the AHDB added that GB finished pig prices have fallen further in recent weeks, with the EU-spec APP only about 159p/kg by early November.

This is only 1p/kg higher than the estimated average production cost for Q3 2020 of 158p/kg.

“With this in mind, it looks as if average margins could now be entering negative territory,” warned AHDB livestock analyst Felicity Rusk.

Pig prices have been drifting downwards since the summer, with low prices in Europe – reflecting a combination of disrupted demand due to the Covid-19 pandemic, constrained slaughter capacity and some challenges exporting to China – putting pressure on UK prices.

The EU-spec APP averaged 166p/kg in Q3 and the AHDB says the outlook remains challenging for the British pork industry.

“This, alongside the likelihood of more muted Christmas demand and ongoing low prices in the wider Europe, will likely keep British prices under pressure in the coming weeks.”