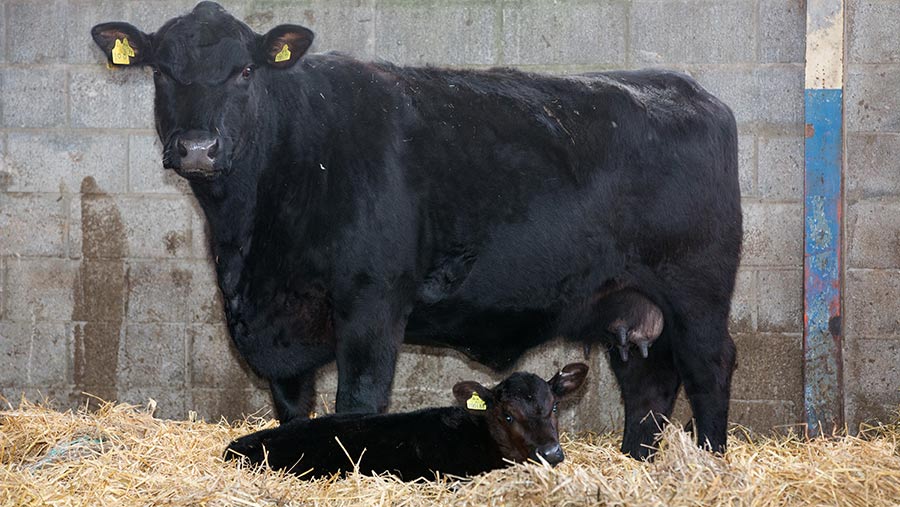 Prime cattle supplies are likely to tighten throughout 2020, with fewer cattle available and greater proportions of male cattle being slaughtered at a lower age.

Analysts say this could point to firmer prices but warn that demand for beef remains “sensitive” to consumer opinion and international trade agreements.

Analysis also shows that while the age profile of female cattle under 30 months of age on farm is unchanged, male cattle are typically being sold younger.

Combined with the fact that prime cattle slaughtered this year will largely be drawn from animals born in 2018, and those numbers born were lower than 2017, it all points to a slightly tighter supply of prime cattle.

Stuart Ashworth, director of economic services at QMS, said: “Economic theory tells us that tighter supplies support prices, but the caveat to that is demand must remain firm domestically and internationally, and access to international markets must be open with minimal constraints.”

The calf registration data also highlights the continuing trend towards native breed sires, which is about 28% of all registrations, up from 20% a decade ago.

In Scotland, the Aberdeen Angus breed now accounts for 19% of all Scottish registrations up from 14% 10 years ago.

“This reflects the growth in the use of sexed semen to produce replacement dairy stock, leaving scope to increase the use of beef sires on a greater number of dairy cows,” said Mr Ashworth.

This trend has also been seen in England and Wales, where there was an 11% drop in dairy-sired male calves between 2018 and 2019, while female dairy calf registrations remained unchanged, said Mr Ashworth.

AHDB analysis of the December 2019 census also highlights sizeable drops in the number of male cattle under two years of age, because of greater use of sexed semen.

It suggests that sexed semen accounts for almost one in three dairy inseminations.