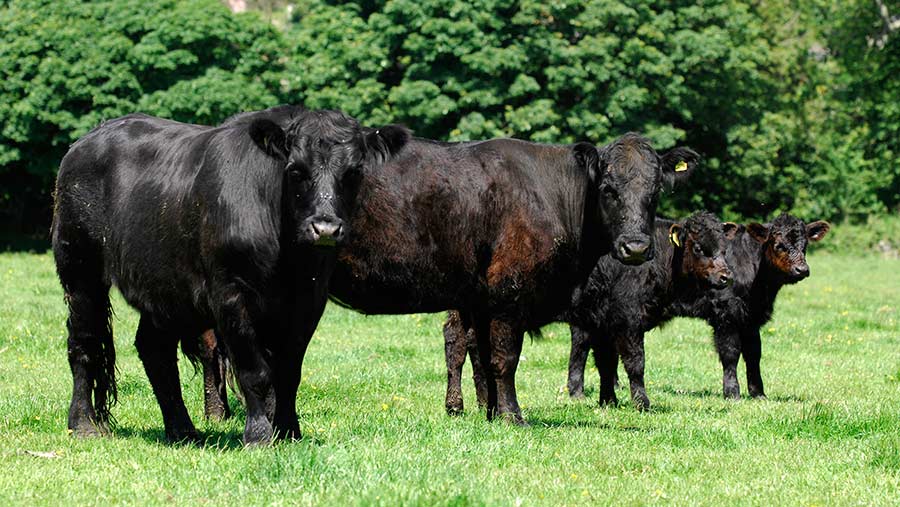 Beef producers are being asked to consider paying a higher red meat levy to help the industry promote its way out of the current beef price crisis.

As farm union leaders met for emergency talks on the beef crisis at the Royal Welsh Show on Monday (July 22), cattle farmer and award-winning butcher Clive Swan said the producer levy on cattle must be increased from the current rate of £4.34 a head in Wales.

He believed this would give levy boards a cash boost and let them roll out more promotional campaigns.

“We need to be bankrolling the levy boards to educate and promote. We have to put our foot on the throttle,” he suggested.

As a butcher, Mr Swan said he spent thousands of pounds a year to encourage meat sales by giving out free samples and attending events.

As a producer, he said he should be sharing more of that cost burden through the levy he pays to Hybu Cig Cymru (Meat Promotion Wales).

“The levy boards need cash like never before. A £4.34 levy on a single animal that is being sold for over £1,000 is not enough,” said Mr Swan, whose butcher’s shop near Mold won a Countryside Alliance award in 2018.

Mr Swan admitted his proposal would not sit well with beef farmers at a time when many are making a loss on cattle sales, but he insisted drastic measures were needed.

“When you see the promotional activity that a company like Kellogg’s does to sell a few Corn Flakes, as an industry we need to be doing more,” he told farm union presidents from England, Wales, Scotland and Northern Ireland.

While investing more in promotional activity might provide some solutions, the NFU says more pressure must also be put on governments to change their strategy on public procurement.

NFU president Minette Batters said the price bar on government contracts for supplying food to hospitals, schools and other public sector bodies was so low that it was impossible for British suppliers to compete with bids from overseas.

With beef prices at rock-bottom, the four main farm unions – the NFU, NFU Cymru, NFU Scotland and the Ulster Farmers Union – have come up with a five-point action plan to ease the crisis: