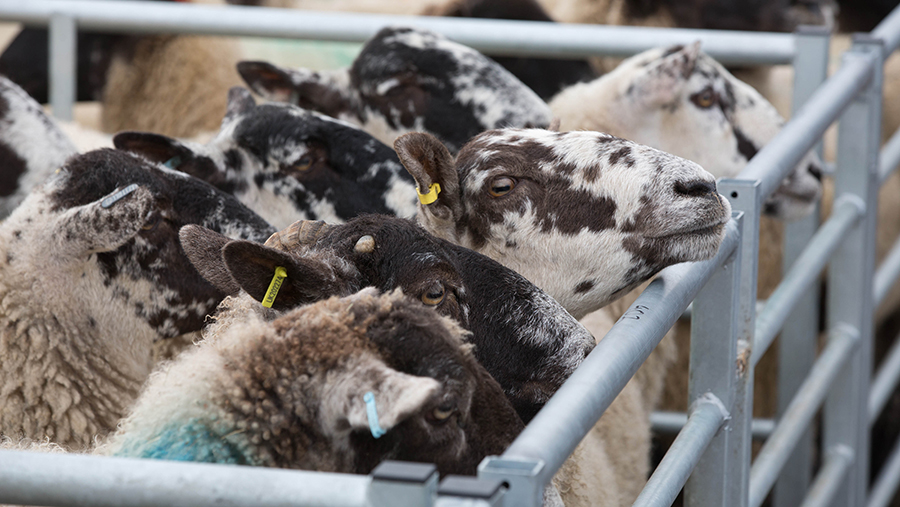 Sheep farmers have been enjoying record cull ewe prices at markets across the UK as consumer demand soars following the coronavirus outbreak.

Fears over markets potentially having to shut in the coming weeks have reportedly fuelled demand, with the Muslim festival of Ramadan – a time of heightened demand – approaching at the end of April.

However, the Livestock Auctioneers Association (LAA) said yesterday (19 March) that markets were open for business, albeit with attendance reduced to essential personnel only and canteens closed.

LAA executive chairman Chris Dodds said: “It is important that our auction marts can support and minimise any disruption to the red-meat trade during the coronavirus outbreak.

“At the same time, all necessary steps are being taken to protect the health and safety of staff and customers across our auction marts.”

Prices this week have been around £30/head higher than the previous year, despite increased throughput.

Welshpool Market reported that the top 60 lots sold all made a price in excess of £160/head and the overall market average was £104.53/head at its Monday market.

Prices continued to be strong later in the week with Hereford Market on Wednesday achieving an average of £112/head.

Auctioneers reported that the value of ewes had risen by £20-30/head on average, with some £50-60/head dearer than the previous week.

The best 20 prices were all over £186/head with a peak of £214/head, well in excess of what most yearling breeding ewes sell for.

Trade did not let up at Kirby Stephen in Cumbria, with market records again being broken after an average of £125.80 was achieved across 1,653 sheep, despite more than a third being hill-bred.