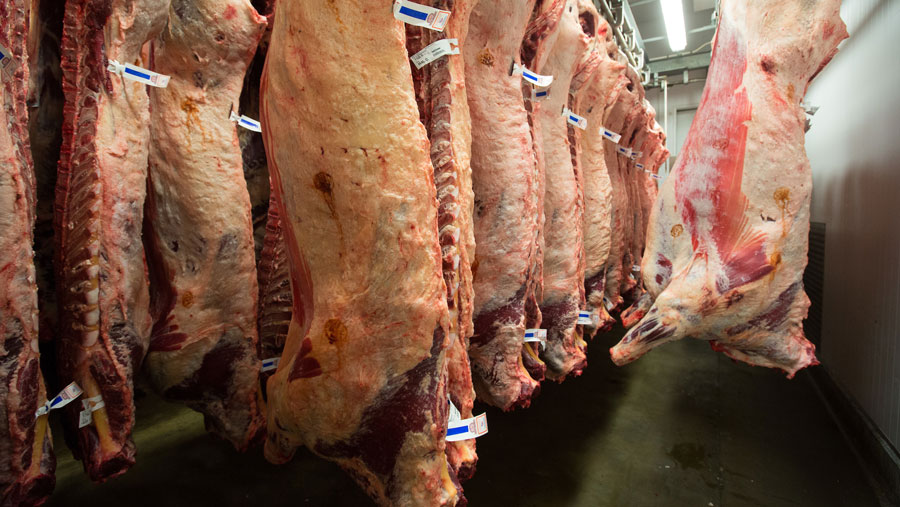 Scotland and Wales will each receive an estimated £1m/year in red meat levy money currently being collected by English abattoirs, starting from April 2021.

The passing of the Agriculture Act means changes can finally be implemented to ensure a fairer distribution of red meat levies between England, Scotland and Wales.

Abattoir rationalisation has meant that over recent years growing numbers of animals have needed to be transported into England for slaughter.

This cross-border movement has become a long-running problem because levy money is collected at the point of slaughter, regardless of where the animal has spent its life.

This has meant that significant sums of levy money from animals born and reared in Scotland and Wales has been collected in England, but with no legislative mechanism to redistribute it back to the country where the farmer has added most economic value.

For the past three years, AHDB, Hybu Cig Cymru (HCC), and Quality Meat Scotland (QMS) have implemented an interim solution to this problem by ringfencing the money in question and using it to fund a collaborative programme of activities to support the British meat industry.

But it has been a long-running objective of all three levy boards to have direct control over home-generated levies and they have agreed a new scheme to enable this to happen, following the passing of the Agriculture Act.

AHDB chief strategy officer Will Jackson said the Act laid the groundwork for changes to levy distribution, which would benefit levy payers in England, Scotland and Wales.

“Parliament has recognised the cross-border nature of our red meat supply chains and the need to reform the levy distribution mechanism to recognise where producers have economic value.”

Gwyn Howells, chief executive of HCC, said a modernised levy system had been a long-cherished aim of the farming industry in Wales and successive Welsh ministers.

“This will give greater accountability to Welsh levy-payers on how the money is spent. “

Alan Clarke, chief executive of QMS, explained that while it was important for each nation to have direct control of domestic levy payments, the three levy boards were committed to keep working together on strategic priorities.

This included addressing the challenges which the industry faced as a result of leaving the EU, the terms of future trade deals and tackling climate change.

The new levy redistribution scheme needs to be approved by ministers in all three countries, but is expected to be in place by 1 April, 2021.