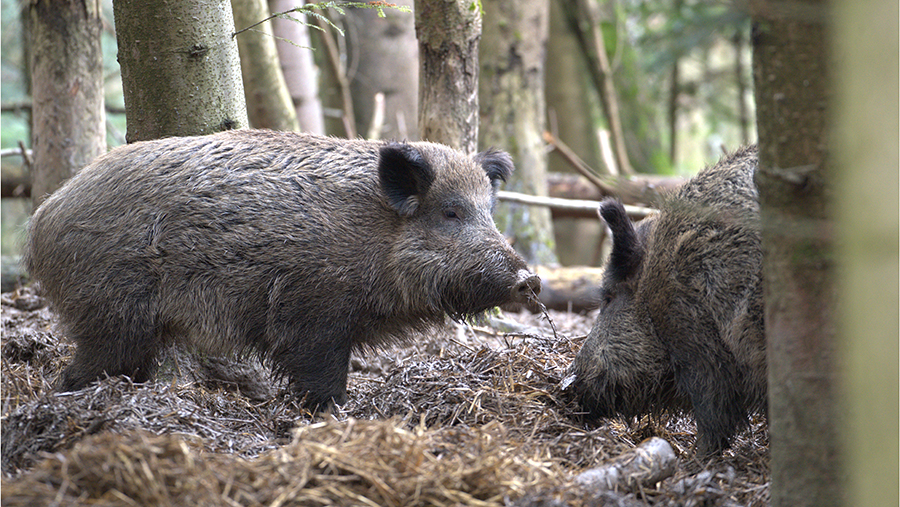 An outbreak of African swine fever (ASF) in Germany has resulted in a sharp fall in British cull sow prices as key buyers such as China, Japan and South Korea imposed a ban on German pork imports.

Germany is an important market for UK sow meat, but the ban on German exports means there is now excess pigment in the EU, with knock-on consequences for this trade.

Pig industry analyst and commentator Peter Crichton said the German ASF outbreak, first confirmed on 10 September, combined with a fall in the value of the euro, had led to a “shock drop” in sow prices of 10p/kg.

“As a result, most are only trading in the 45p/kg region, meaning the average sow is worth little more than £60 a head.”

ASF being found in Germany could have wide ramifications for both the EU and UK market, with analysts pointing to a range of possible outcomes.

It is significant, as Germany is the largest pigmeat producer in Europe and the second-largest European exporter of pigmeat to markets outside the EU.

Stuart Ashworth, director of economic services at Quality Meat Scotland, said estimates of pork exports outside the EU were put at 9% of all German production and 2% of European production.

German farmgate prices had dropped by 14% within a week of ASF being confirmed in the country, but increasing the volume of German pigmeat on the European market by 2% was likely to have an effect on producer prices elsewhere, he said.

“In the short term, farmgate prices across Europe are likely to come under pressure until the inevitable consequences of Germany being prevented from exporting pigmeat outside of the EU become clearer.

“However, for the UK and other major European pig-producing states that do not have ASF, such as Denmark, Holland, France and Spain, domestic prices may be supported by replacing German exports to China, Japan and South Korea.”

However, this will also depend on whether previously large importers from Germany choose to secure their requirements from Europe or instead look to suppliers in Brazil, Canada and the US, he added.

Bethan Wilkins, senior AHDB analyst, said reports indicated that prices in Belgium, Denmark and the Netherlands had experienced some downward pressure, although not to the same extent as in Germany.

On the other hand, processors with access to China would face reduced levels of competition, which could open up export opportunities and help to support prices.

“As a large exporter, Spain particularly stands to benefit, through freezing capacity may limit the volumes that can be traded.”

Zoe Davies, National Pig Association chief executive, said the the cull sow price had already been low because of Covid-19 issues, but since the ASF outbreak had been revealed, it had crashed even further.

“Our concern is where the carcasses will go if Germany doesn’t want them, as we have no market for sow meat here,” she said. “Germany also sets the EU finished pig price, so it will undoubtedly pull ours down too, although not as a quickly as the EU price will drop.”

Dr Davies said increased exports might be an opportunity, but no one was sure to what extent.

Another concern was the prospect of UK prices being put under pressure from cheaper German pork flowing into Britain.

China is likely to be keen to keep buying pork, with supplies still very short due to its own ASF woes, which have curtailed domestic production significantly.

The country is in the process of trying to rebuild its own pig herd after losing up to 200 million animals to ASF over the past two years.

One approach has been to start rearing pigs in biosecure multi-storey concrete buildings, with press reports emerging this month of pig units up to 12-storeys high under construction in southern China.

A further mitigating factor that could support EU prices is the recent rapid growth in EU exports, which has come at a time when production has declined slightly and European consumption of pigmeat is down.

Meanwhile, Germany is hoping that China can be persuaded to adopt a regionalisation policy, enabling exports to resume from areas within the country considered to be ASF-free.

So far the National Reference Laboratory for ASF at the Friedrich-Loeffler-Institut has confirmed 20 cases of ASF in wild boar in Germany.

According to the NPA, these animals were nowhere near the part of the country where most commercial pig production takes place.