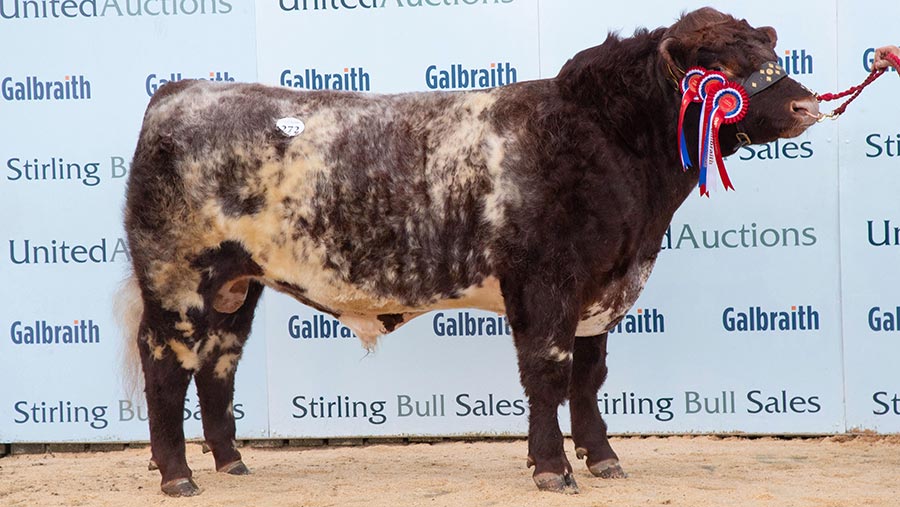 Next in the ring and also hitting 20,000gns was Rookwith Marvellous from E Page, Bedale, North Yorkshire. The 22-month old roan was shared by Robert Leach, Warrington, and Thomas Staunton, North Kinvara, Galway. 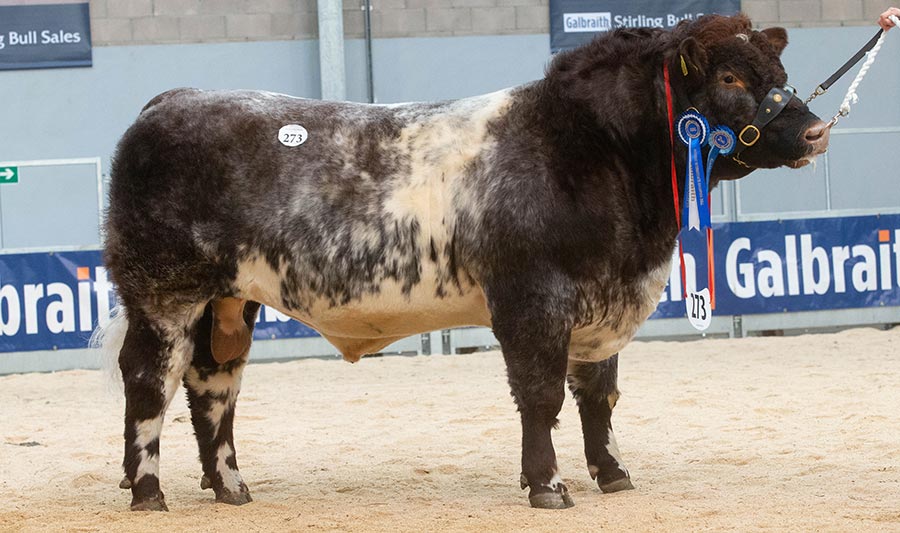 Marvellous is by the 8,500gns Castlemount Junior and out of the Cavans Yankee daughter Chapelton Waterloo.

Two then followed at 11,000gns. The first was Glenisla Macleod from Major JPO Gibb, Blairgowrie, Perthshire. 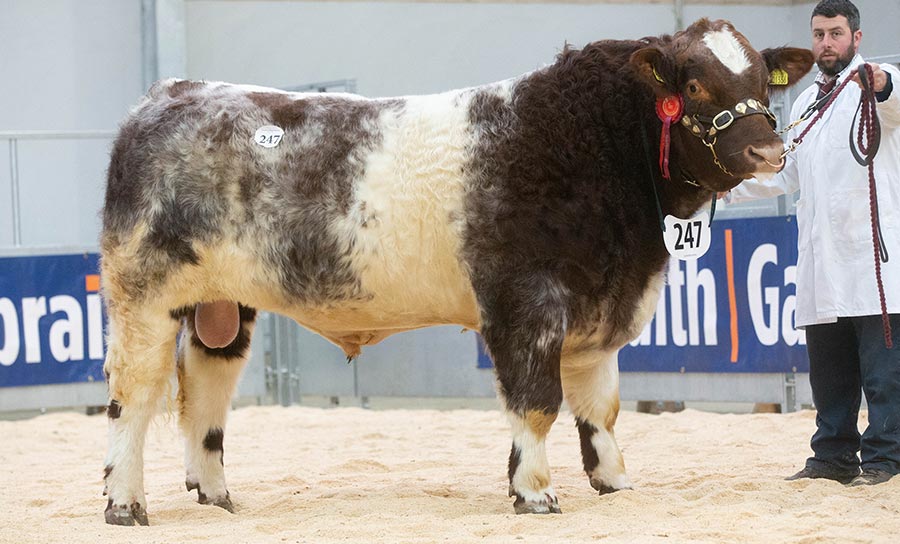 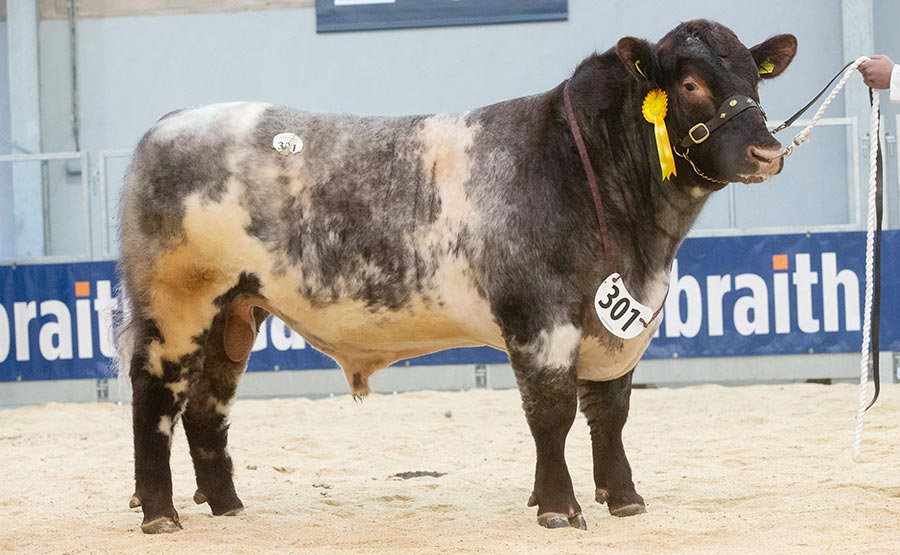 Next came two at 8,000gns call. The first was the day’s senior champion, Knockenjig Morpheus. He is a Fearn Jumpstart son from David and Rosemary Dickie Sanquhar, Dumfries and Galloway.

Morpheus is out of the Glenisla Zigzag daughter Mountbenger Caron. He sold to WJ and J Green, Fochabers, Morayshire.

Second to 8,000gns was Fearn Morangie from J Scott and Partners, Tain, Invernesshire. Morangie is by Fearn Jono and out of a homebred cow called Passion Grace. 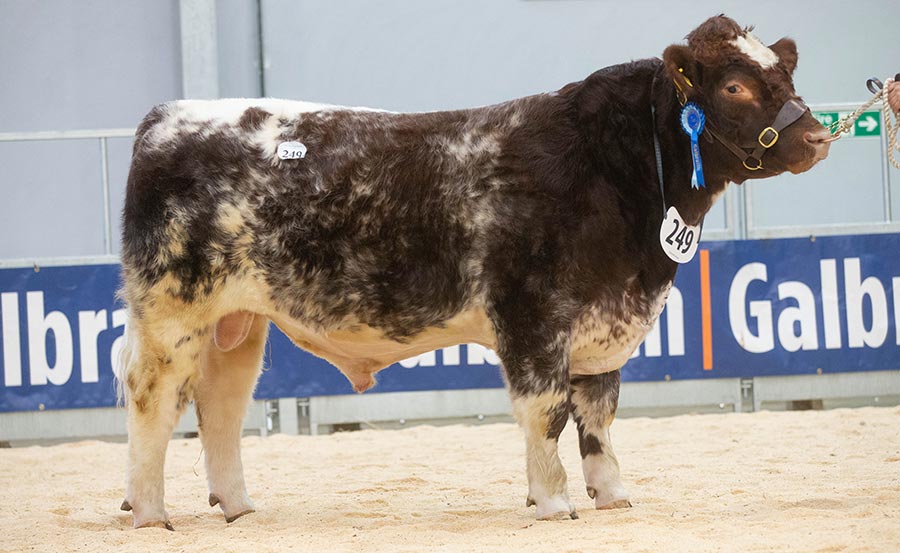 Used as a yearling on heifers, he brings a blend of Australian, UK, Canadian and New Zealand genetics and caught the eye of A and C Farms, Langham, Rutland.

Female trade topped at 4,600gns with the 19-month-old roan Glenisla Desiree M381. She is by Millerston Jamboree and is another from Major JPO Gibb.

She Is out of Glenisla Desiree G974 and saw A and C Farms back in the bidding.

Next at 3,200gns was female champion Uppermill Broadhooks Bang from J Porter, Dromore, County Down. She caught the eye of Roundhill Farm, Buxton, Derbyshire.

She is by Glenisla Jackpot and out of Uppermill Broadhooks Bubbles.

Matching this was female champion Castlemount Matrix Matilda from D McDowell, Newtownards, County Down. She is by Elliot Matrix and goes back to Ingleton C111, and went home with R and K Williams, Huntly, Aberdeenshire.