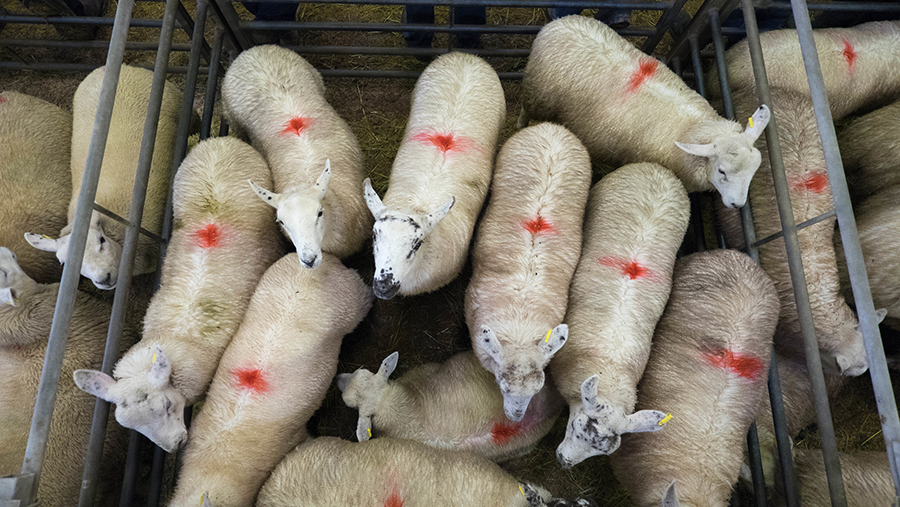 UK prime lamb supplies are beginning to run short, with AHDB forecasting that 10% fewer lambs will be available for slaughter during the first quarter of 2019, than over the same period in the previous year.

But producers hoping they will see a repeat of spring 2018’s record prices are being reminded this will be influenced by a wide range of factors and not just the lack of domestic supply.

Rebecca Oborne, AHDB red meat analyst, said supplies would definitely be tighter year-on-year, as the 2018 UK lamb crop is estimated to be down 1 million head.

But whether this translates into rapid price increases in the new year will depend on factors including the level of imports from New Zealand and Australia, exchange rates and the level of domestic and global demand.

“People tend to focus on what our domestic supply is, but what matters is our total supply,” she said.

Ms Oborne said the market had been taken by surprise in spring 2018, but this time the supply chain had had an opportunity to plan ahead.

“While domestically and globally we might be quite tight, I think we are all much more aware of it and maybe on the front foot this year for planning.”

Stuart Ashworth, director of economic services for Quality Meat Scotland (QMS), said the signs were that competition may be less intense from Australia and New Zealand this year, which would continue to support prices.

“Beef and Lamb New Zealand, in their most recent assessment of the current lamb crop, forecast a decline of 1.7% in lamb numbers.

“Similarly, Australia is forecasting a decline in its lamb slaughterings for the current lamb crop of around 3% as a consequence of a decline in the size of their sheep flock in mid-2018 of more than 5% as a result of persistent drought.

The number of animals going through marts was up on the week, but down 24% on the same week in 2017.

The GB deadweight NSL SQQ rose to average 399.0p/kg – more than 10p/kg/dw up on the five-year average.

The lower the value of the pound to the euro, the more attractive it is for other EU members to purchase UK goods.