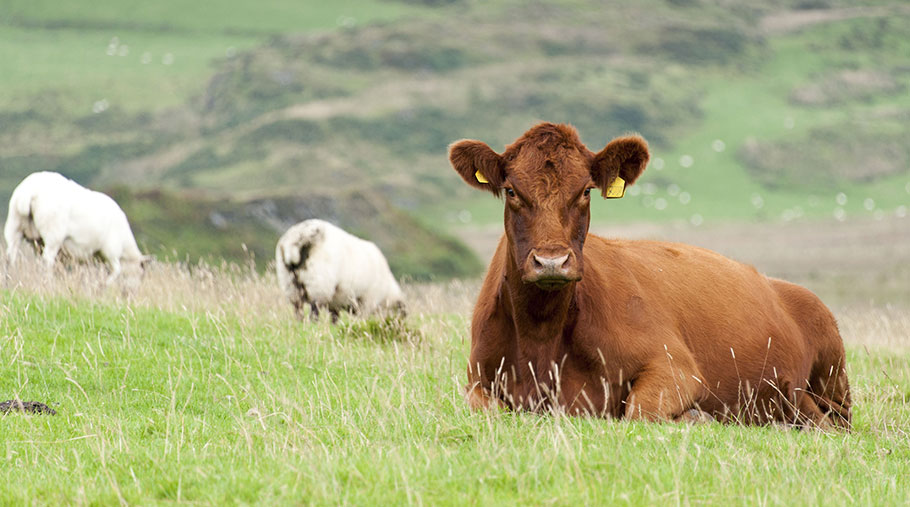 Red meat producers in Scotland are likely to see strong prices for beef and lamb for the remainder of the year as tight supplies give farmers the upper hand over buyers.

Deadweight cattle prices are standing at near-record levels with R4L grade cattle selling to 385p/kg and Angus up to 435p/kg according to data published by Farm Stock Scotland, while deadweight lamb prices are some 30p/kg ahead of last year at 540-570p/kg.

Scottish farmers were among the worst affected in the country by one of the most challenging springs for many years said Stuart Ashworth, director of economic services at QMS.

However, rising costs of production mean profit margins are unlikely to be as high as last year, as it will be difficult to pass these along, he warned.

He said many farmers were warning their lamb supplies were likely to be some 10% lower than the previous year after bad weather battered farms during lambing season meaning there will be more competition for those that make it to market.

The knock-on effect is already being seen in-lamb supplies across the country, with AHDB data showing the number of new-season lambs sold was a third lower last week than the comparable week last year.

In the year to date, there have been 26% fewer new-season lambs sold through auction markets but more are coming forward each week.

High prices are also being recorded for finished cattle, as concerns also increase about sufficient beef supplies coming to market, with calf birth registrations declining in Scotland for the second year in a row in 2017.

Mr Ashworth said production levels were still higher than five years ago, but the average volume of meat from each carcass is falling as producers respond to market signals favouring lighter animals.

This contributed to a fall in the total amount of meat produced in Scottish abattoirs, which was down 3.9% in 2017 on the previous year to about 212,000t, although turnover increased by £32m, according to QMS data in their annual profile of the Scottish red meat industry, launched on Monday (18 June).

He warned it was crucial volumes were maintained for the sake of processors, as they, like farmers, are operating on very tight margins, and preserving the processing sector was vital for the health of the overall industry.

High prices since the Brexit referendum have been largely underpinned by the devaluation in the pound, and Mr Ashworth said farmers needed clarity about their future as soon as possible in order for them to make appropriate plans to adapt.

Until trade deals were finalised, major decisions such as which enterprises to invest in and which to scale down could not be made, he said.