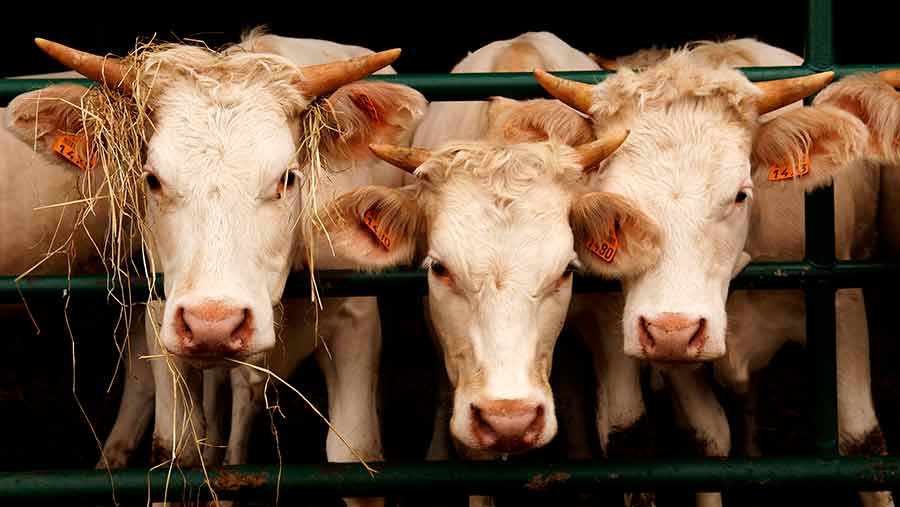 Beef prices across the EU could fall by up to 16% as a result of the cumulative effect of free-trade deals.

The estimate comes from a large study by an EU agricultural task force, which analysed 12 free-trade agreements the union is currently negotiating, or has already agreed.

It found the beef sector was particularly vulnerable to cheaper imports, with the greatest threat posed by Mercosur, a block of Latin American countries that includes beef-producing giants Brazil and Uruguay.

It found EU dairy exports would rise – particularly to the US – but this would increase the dairy herd and put pressure on specialist beef producers as more culled cows entered the food chain.

This, combined with cheaper beef imports into the EU, would pull beef prices down by 8% in the conservative scenario and 16% where trade was more liberalised.

Richard King, head of research at farm consultant Andersons, said the effect could be multiplied in the UK if it was outside the single market after Brexit with no free-trade deal.

Not only would beef bound for the EU – mostly cow beef – have to fall to match lower Continental prices, but it would have to absorb EU tariffs.

It could also be claimed that many of the trade deals would not happen though, said Mr King, or would at least not happen any time soon, given the problems with deals such as the EU-Canada agreement and the EU-US deal.

However, such deals might be more likely to happen between the UK and other countries after Brexit, with the UK perhaps more likely to trade away access to its beef market in return for selling services abroad.

Irish agricultural minister Michael Creed said beef could no longer be used as a “sweetener in trade deals” and that key producing countries were not going to trade off the interests of beef in the interest of any other sector.

The report prompted ministers from Germany, France and Poland to call on the EU Commission for improved transparency on ongoing trade deals, particularly with Mercosur.

The study follows calls from farming groups and agricultural ministers across the union for the EU to examine the cumulative effect of trade deals on the farming sector.