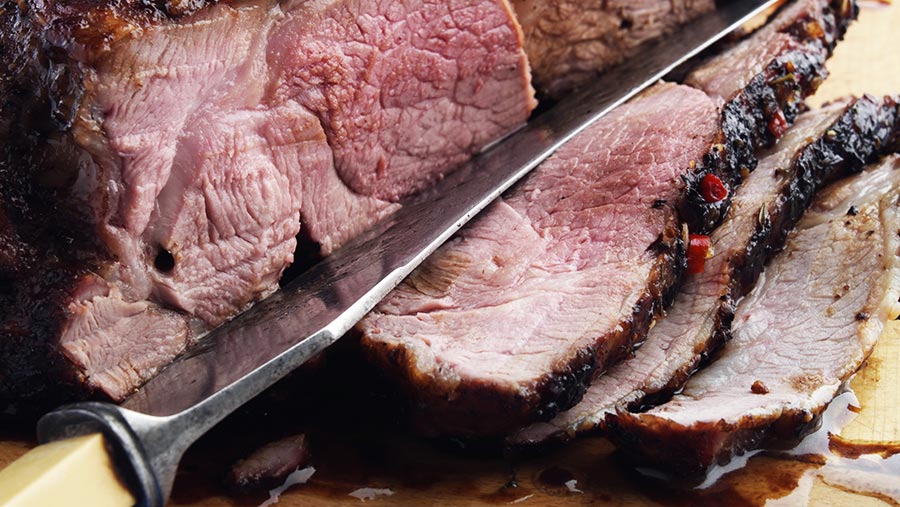 The UK needs imported legs of lamb to balance the sheep meat market at Easter, when demand for leg roasts outstrips interest in other cuts by a considerable margin.

British farmers might find the sight of imported lamb on supermarket shelves frustrating, but Stuart Ashworth, Quality Meat Scotland’s director of Economics Services, said purchases of lamb can double in the month prior to Easter weekend, with demand for leg roasts increasing five or six-fold.

“The reality is that even if all the UK fresh lamb legs produced in the fortnight before Easter were all sold in the UK – and none were exported – there would still be a shortfall against demand,” he said.

See also: Spring lamb surge to cash in on Easter

“The challenge for processors is managing carcass balance, the key determinant of what they can pay producers, which comes from trying to meet the demand for leg roasts with the challenge of marketing those cuts of lamb not required by the UK consumer at Easter but which inevitably are produced.”

Mr Ashworth said access to international markets was key to achieving a return on the whole carcass, offering a route to sell product not in immediate demand in the UK.

“The importance of this is well illustrated by the way New Zealand distributes different cuts of lamb to different parts of the world,” he said.

“New Zealand is increasing both the volume and value of its exports to China and is also seeing high value opportunities in the United States, reducing its dependence on the European market.”

According to AHDB, the need to balance the market means that the UK imports relatively few carcasses, but is a net importer of legs to meet the seasonal demand in the first half of the year.

But in contrast to New Zealand, the UK exports more sheepmeat in carcass form than it does in individual cuts.

However, UK imports of sheep meat have plummeted since the beginning of 2019 and were at a record low in 2018.

Trade data is not yet available for March, but provisional indications from New Zealand are that less lamb was shipped to both the EU and UK in the run up to Easter.

A combination of Easter, greater certainty following the Brexit delay and a shortage of finished sheep have seen prices on an upwards trajectory in recent weeks.

Latest figures for England and Wales show that the SQQ price for old season lamb on 22 April averaged 222.9p/kg, a 7.1p/kg increase on the previous Monday.

This was also a significant increase on prices heading into the Easter weekend, when many abattoirs would have been shut for the holiday period.