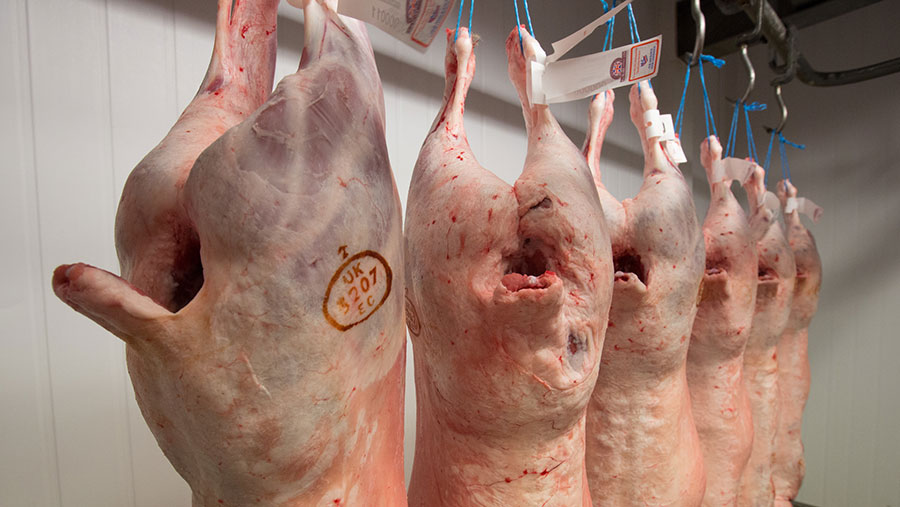 UK exports of beef and lamb rose significantly during the first two-thirds of 2019, with imports also falling, according to analysis by Quality Meat Scotland.

Stuart Ashworth, QMS director of economic services, said despite the confusion generated by Brexit, it had been a positive period for the UK’s red meat exporters, which had successfully grown volumes.

According to official statistics from HMRC, exports of fresh and frozen beef saw an increase of 18% from January to August this year, with sheepmeat exports up 20% year-on-year.

Mr Ashworth said a relatively favourable exchange rate was part of the explanation for the rise in volumes, but another factor was tough trading conditions in the domestic marketplace, which had driven processors to seek alternative markets.

The domestic market was being influenced by an underlying lack of confidence in the consumer environment, with shoppers generally more cautious about spending and switching from high-value to lower-value cuts, he explained.

It was also being influenced by “noise” around the effect of red meat consumption on health and the environment.

Mr Ashworth said the year-on-year growth had been achieved by trading at a lower price, as the value of beef exports has only grown 3%, while sheepmeat exports only grew 8% by value.

The figures highlight the importance of the European market to exporters at a time when the future trading relationship between the UK and the EU is still unresolved.

“The European market still dominates, with 82% of beef and 96% of sheepmeat going to Europe,” said Mr Ashworth.

“The average price per tonne of beef sold to Europe was higher than the value sold outside Europe.

“For sheepmeat, the price per tonne was little different between Europe and the rest of the world.”

The average price of beef sold to Europe is higher than elsewhere, as Europe typically takes the higher-value cuts.

UK customs data also show a decline in beef and sheepmeat imports during 2019.

The volume of beef imported between January and August 2019 was 11% less than during the same period in 2018, while sheepmeat imports fell 18%.

To date, Ireland has supplied 6% less beef to the UK than it did last year, with the majority of the reduction in frozen beef.

The amount of beef coming in from Poland has also dropped.

Europe was the source of 96% of beef imports, with Ireland alone the source of just over 80% of all beef deliveries – a slightly higher proportion than in 2018.

With regard to sheepmeat imports, New Zealand remains the dominant supplier, accounting for 63% of deliveries.

However, this is down from last year, as New Zealand has sent 23% less sheepmeat to the UK so far this year, with some of the shortfall being taken up by Ireland.