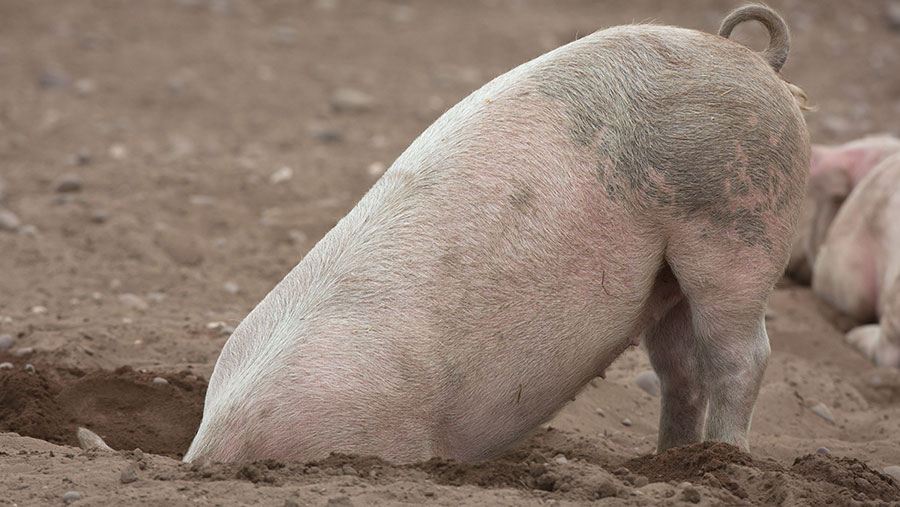 The phased reopening of Germany’s largest pigmeat-processing plant following a Covid-19 outbreak among staff has been given a cautious welcome by the National Pig Association.

The Tönnies Fleisch plant is a vital processing outlet for British cull sow meat in a trade worth £60m to the UK in a normal trading year.

But more than one-quarter of the plant’s 6,000 employees tested positive for Covid-19 in June and authorities forced its closure.

The shutdown added further downward pressure to a trade already disrupted by the Covid-19 pandemic.

NPA chief executive Zoe Davies said the plant takes a lot of cull sows from the UK and the market had been badly affected, with animals backing up on farm and prices suffering accordingly.

Cull sow prices plummeted from £1/kg before the Covid-19 pandemic to as little as 42.95p/kg as the plant shut down.

Now, however, the German government has announced that the plant is set to partially reopen and the authorities in the Rheda-Wiedenbrück area said 600 workers could re-enter the premises.

Work will be resumed “step by step” and in compliance with amended and revised hygiene protocols.

But the NPA remained cautious in welcoming the reopening as there is no indication as to whether the partial reopening will bring any relief to UK prices as cull sow slaughter will not be prioritised, Dr Davies suggested.

Instead the plant will first tackle a backlog of 400,000 finished pigs that has amassed over the four-week closure.

The NPA said it was hopeful that a carefully planned reopening could be achieved quickly and the plant would soon resume full capacity safely.

“Producers may have been retaining older sows while potentially more productive replacement gilts have been sold,” she said.

“We are keeping a watching brief to see whether there are any long-term effects on UK production.”

Difficulties associated with the Tönnies Fleisch plant have added to downward pressure on pig prices in Germany.

Pig sector market analyst Peter Crichton raised concerns that the gulf in prices and a 0.14p/kg fall in the UK price may herald a longer-term fall.

After a period of steadily rising UK pigmeat prices, signs are emerging that this sector may be on a slippery slope, Mr Crichton warned.

Although the latest SPP has only eased marginally, there may be further declines in line with several major EU producer countries to come, he said.

Mr Crichton pointed to weekly contribution prices which had taken a backward step for the first time since December.

Between 1-2p/kg has been trimmed off prices, most of which are now 154p-164p/kg, with spot prices also falling.

The fall probably reflects disruption at processing plants in some countries due to Covid-19, according to analysis by AHDB Pork.

Overall slaughter figures for the first four months of 2020 show that pig slaughter was 2% lower than the same period last year at 81.3 million head, but with carcass weights averaging slightly higher, the amount of pigmeat produced was just 1% less than a year earlier at 7.7m tonnes.