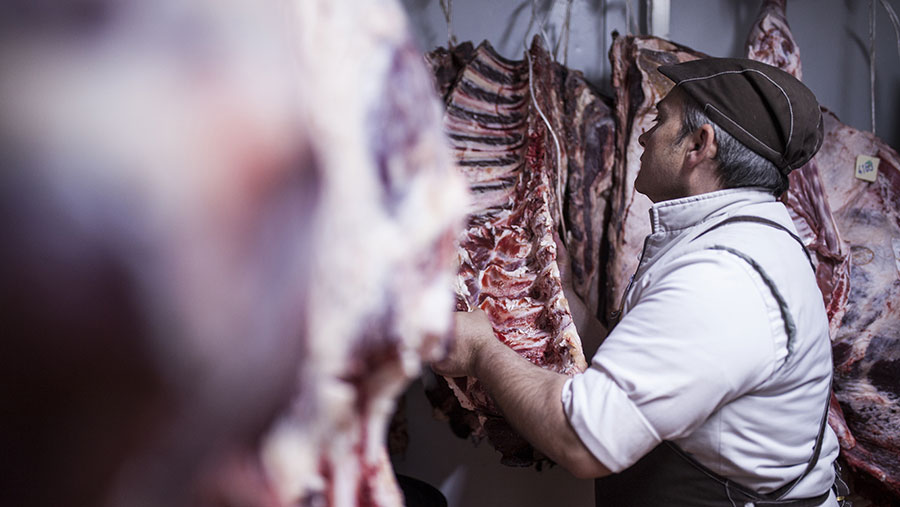 Britain’s meat sector has urged the government to rethink its Brexit policy on migrant workers as fears mount over a potentially damaging labour shortage.

The sector is hugely reliant on eastern European workers, who make up more than 70% of staff in some processing factories. But tens of thousands are yet to begin making applications to remain in the UK under the EU settlement scheme, which closes on 30 June.

Settlement support charity Settled said a backlog of people in the process of applying had reached 300,000 and was growing by thousands each week.

Anyone failing to apply in time would lose their right to work and could face deportation, leaving a hole in the processor sector workforce.

The British Meat Processors Association (BMPA) said it was already seeing a shortage of staff in processing factories and expected that to escalate in the coming months.

Numbers are currently down 10-12% on where they need to be, a BMPA spokeswoman told Farmers Weekly.

The problem was acute in the skilled areas of butchery. This had caused disruption at sites which had been forced to simplify production, cutting out certain products demanded by retailers.

“We are hearing that some factories are struggling to keep throughput going. As Christmas work nears this will only get worse,” she warned.

Some companies had begun shipping whole carcasses abroad for cutting. This was originally to work around time-consuming Brexit checks of lorries at ports with many small consignments on board.

But it was proving easier to recruit staff to carry out cutting within Europe, and this may eventually become the norm, shifting work abroad and creating a UK skills drain.

The BMPA called again for the government to add butchery to its shortage occupation list, which would allow qualified workers to enter the country.

James Hook, director of poultry firm Hook 2 Sisters, said the government had failed to recognise the value of a well-worked system of employment that had formed in the meat sector.

Over many years, eastern European workers had come to the UK for short-term stints at processing sites, Mr Hook said.

Pay levels offered and the relative strength of sterling meant people would stay in the UK for just two years to save money before returning home.

“There has been a constant inflow of new workers coming in to replace those going home after their two-year stint,” he said.

While the EU settlement scheme applies to those who are already here, Brexit laws brought in on 1 January mean no new workers can come in.

“The problem we are seeing in 2 Sisters’ factories is that the flow of incomers is drying up and skilled workers are going home in large numbers,” he said.

Rural recruitment agency LKL Services warned that the loss of skilled workers would grow, fuelled further by the Covid-19 pandemic.

The firm’s managing director, George Gordon, said while Covid-19 had meant some workers could not enter the country, others had been blocked from going home.

Mr Gordon warned that when travel restrictions were lifted there could be an exodus of workers who could not be replaced.

He described the government’s insistence that UK workers could replace European labour as “pie in the sky”.

“There is already a shortage of workers available and British workers do not want to work in these environments,” Mr Gordon said.

“I hope politicians will come to their senses. There is a real need for a migrant worker scheme like those seen in the US and New Zealand. The UK already has strict employment laws and licensing that could underpin such a system, preventing any abuse,” Mr Gordon said.