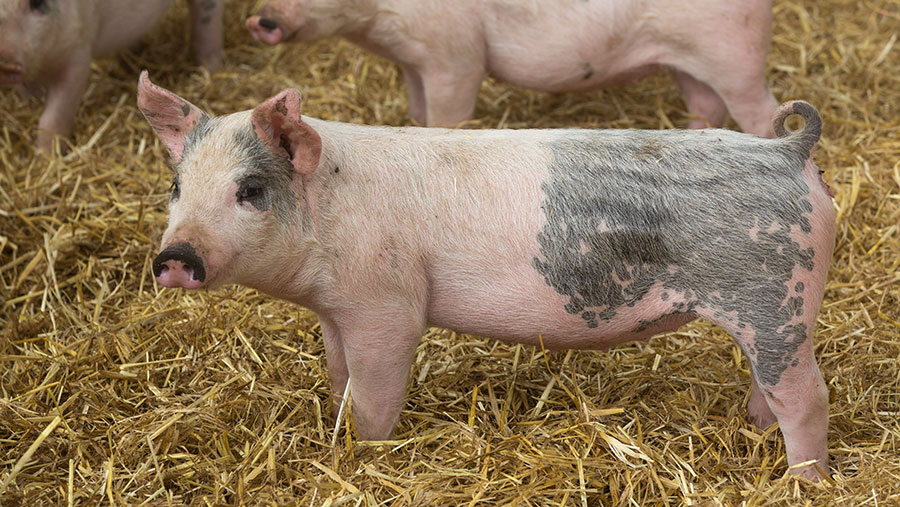 Ration prices for a typical mix of wheat, barley, soya bean and rapeseed reached £264/t – £34/t above year-earlier levels and 18% higher than the five-year average.

In percentage terms, feed costs accounted for 117p/kg of deadweight produced and made up 67% of all costs.

GB weaner prices are collected by the AHDB, but small samples sizes mean they are not available for all weeks. The most recent price for 30kg weaners is for the week ended 12 June. At an average of £52.16 a head, this was about £2 a head down on the month-earlier average of £54.06.

The most recent 7kg average weaner price of £37.74 a head is for the week ended 5 June.

Independent consultant and market analyst Peter Crichton said many independent finishers, and those operating on bed-and-breakfast systems, had walked away from the market.

“Finishers did their sums and couldn’t see a way of ending up in the black,” Mr Crichton said.

With demand weakened, weaner prices slipped back, he said.

Mr Crichton put this rise down to the way weaner prices were linked to the EU standard pig price for finished prices in most contracts.

“As the finished pig prices rise, the weaner price is pulled up with them,” he said.

Instead, weaners are being retained by breeding units, with farms finishing pigs rather than selling them at 7kg or 30kg weights.

Meanwhile, pig breeders are reporting a marked increase in sow performance, the AHDB has reported. For indoor sows, increased numbers born alive resulted in an average of 27.7 piglets weaned a sow a year.