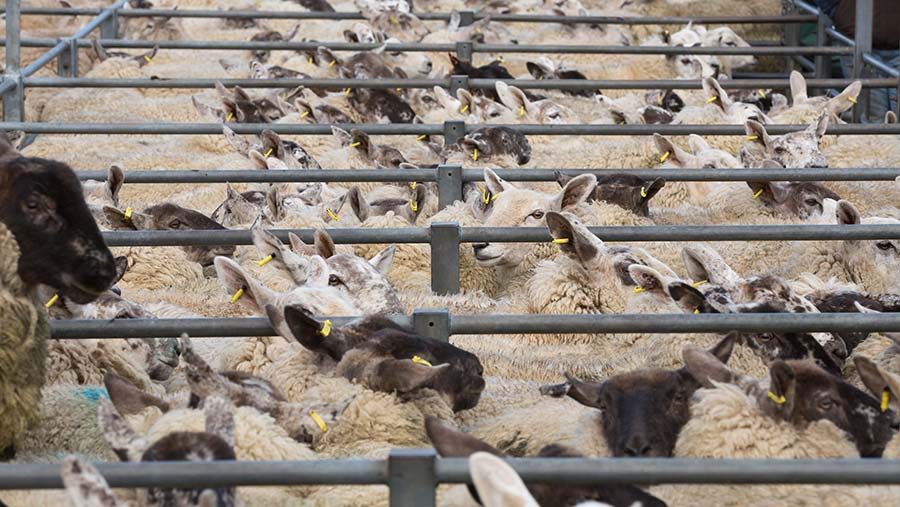 Administrators for livestock auctioneers Wright Marshall have warned that while unsecured creditors have put in claims for more than £1.2m in owed money, they may end up sharing a pot of only £70,000.

Among this group is estimated to be more than 100 farmers who were left unpaid after selling stock through Beeston Castle auction mart during the first half of June.

But an administrator’s progress report, published last week, reiterates previous concerns that the likely payout coming to such creditors as being just pence in the pound.

It says the amount of money currently anticipated to be available to unsecured creditors – through what is known as the Prescribed Part of the Insolvency Act – is just £70,000.

But it adds: “This estimate is dependent on future asset realisations, predominantly the book debt recovery, so there is a high degree of uncertainty attributed to this estimate at this stage.”

Rob Ford, North West board member for the NFU’s legal assistance scheme, described Wright Marshall’s handling of the situation before it collapsed as a “shame and disgrace”.

If difficult decisions about unprofitable parts of the business had been taken earlier, it was likely the management team could have managed and mitigated some of the losses, he said. “But they didn’t manage their problems.”

Mr Ford said some of the worst-affected farmers included one who had used Wright Marshall to handle their dispersal sale.

One or two farms who had sold stock after being opened up from TB restrictions were also caught out. “To have stock sold and get nothing back for all that effort is an awful situation.”

The collapse of Wright Marshall had left “a big scar across the region”, said Mr Ford.

“Cheshire is a big livestock area. Wright Marshall was one of the premier sellers of pedigree dairy stock and we now have no market in Cheshire at all.”

However, even after bad and doubtful debts are stripped out of the equation, this leaves a remaining balance of £260,908 still to be recovered.

Lawyers have been called in to assist with pursuing outstanding debts relating to the livestock market side of the business, says the report.

“A number of payment plans were agreed, however, recent receipts have been affected by Covid-19 and the broader economic climate.”

The report says administrators have found the job more time-consuming than initially anticipated because of the volume of creditors and the need to answer a number of queries relating to cattle identification and movement records.

However, a significant amount of time was also spent winding up the fine art division, including managing the process of allowing vendors to collect any unsold items.

Based on time spent to date, the administrator’s fees would have amounted to £400,000, says the report.

So it has been agreed that the administrator’s remuneration should switch from an hourly rate to being based on a £50,000 fixed fee and then a percentage of any money realised.