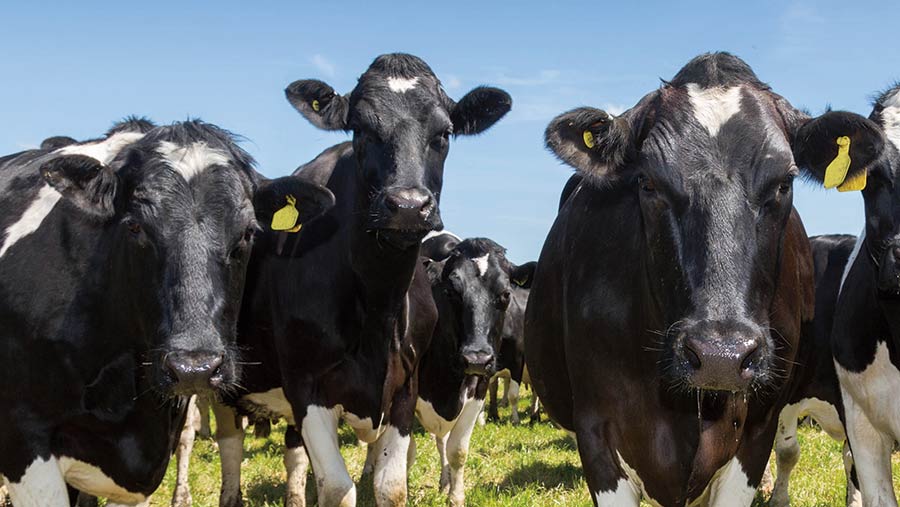 Lower global milk production is expected to drive European farmgate milk prices to a peak in November 2018, provided that fears around a global dairy demand slump are not realised.

Seasonal lulls in production in the northern hemisphere and extreme weather events in Europe and Australia have supported global milk prices, according to INTL FCStone director of dairy market insight, Nate Donnay.

However, dairy commodity traders said that higher prices could be masking a worldwide reduction in demand for dairy products, during the EU Dairy Outlook conference in Dublin last week.

Population and GDP growth – good indicators of a nation’s medium-term appetite for dairy products – were expected to decline between 2018 and 2019 in seven of the nine largest dairy importing nations, including China, the US, Japan, Vietnam and Malaysia, according to International Monetary Fund (IMF) data.

The outlook for these nations’ GDP growth was negative, with fears over escalating trade wars meaning the IMF was likely to downgrade forecasts further.

Just a 1% increase in population and GDP leads to an 8% change in dairy market prices.

Fears over waning demand would be put to the test at the end of the year and start of 2019 when production typically increases and higher holiday demand falls away.

The positive indicator was that the bulk of developing nations, bundled together, had seen positive growth of both indicators for the past three years with further increases expected in 2019.

“We have a demand issue that is helping to push Oceania prices down right now,” said Mr Donnay.

“My general expectation is relatively decent pricing as we move through the fourth quarter and into the first quarter [2019].”

Mr Donnay warned that if global demand did not improve in late November and December, when the holiday buying was over and US and EU milk production began its seasonal increase, EU pricing would have to reset to Oceania levels.

“My expectation is farmgate prices will keep moving up to until October and November,” said Mr Donnay.

The dairy market expert said he expected the November peak to be at “decent but not record levels”.

“Farmers should be doing OK relative to milk production,” he added.

Milk prices across the EU-28 member states should be good enough to drive expansion across the Continent, providing the average European dairy farmer with a margin over purchased feed of at least €20/100kg (17.4p/litre).

Mr Donnay added that higher farmgate milk prices would not filter through to EU milk production until March or April 2019.

“My expectation is that we are going to be running below year-ago levels by 0.5-1% by September through December.

“EU milk production will be relatively constrained for the next six months or so, but then we begin a rebound in growth in early 2019 unless we have some type of weather disturbance,” he added.

USA: Production predicted to be down 1-1.5% compared with fourth quarter of 2017. Production growth of 1-1.5% expected in the next six months, split 50:50 between domestic growth and exports.

New Zealand: Short-term driver will be the weather. Production increase of 2.5% predicted for the next six months, but if weather is good during peak production, the increase could be as much as 4-5%, while a drought would lead to a 1-2% fall. Production changes of 3% lead to price changes of 8-10%.

India: India will begin paying subsidies for countries exporting SMP to world markets. However, this will be mainly to bottom end of dairy markets and should not impact EU prices.

China: Dairy imports have flattened out in recent months following growth of 1.7% in 2017. Famously unreliable Chinese domestic milk production figures were indicating a 2-4% production growth in the nation in 2018, which could account for the lack of import activity.