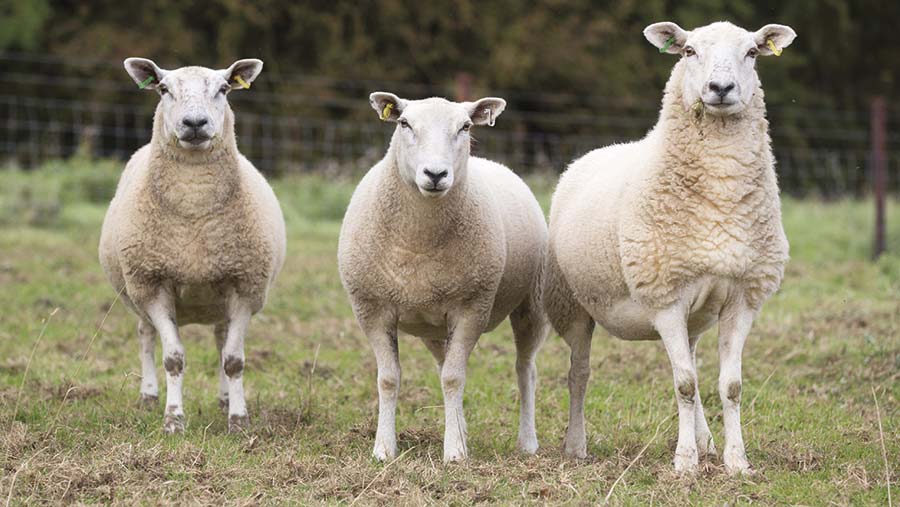 If recently improved lamb prices are to be maintained in the run-up to Brexit, sterling will need to stay weak to underpin export volumes, while supplies from New Zealand will need to remain at reduced levels.

The weak pound has helped exports rise 13% for the first nine months of 2017 compared with the same period in 2016.

Coinciding with this, historically low production in New Zealand could see exports to the UK fall by over 20% in 2017 compared with the previous year, says Andersons director David Siddle.

“While a significant strengthening of sterling seems unlikely at least in the short term, low levels of New Zealand imports may not last indefinitely.

“The major global exporters of sheep meat, New Zealand and Australia, have both seen their flocks hit by drought and are now rebuilding.

“This has come at a time when world markets have been generally stronger and demand from China, now the world’s largest importer of sheep meat, is increasing.”

Once flock numbers have been rebuilt, this will lead to an increase in production and export availability. This is likely to have an impact on the UK sheep meat market at some point.

The early part of 2017 was overshadowed by poor prices for hoggets due to a large carryover from 2016. However, as increasing numbers of new-season lambs came on stream, coinciding with the beginning of the main UK export period, prices during the summer were well above the previous year.

“We could be looking at a similar carryover of lambs into 2018 as last year. Fortunately, as last spring, there won’t be huge amount of NZ supply to compete, which indicates similar price prospects for the first quarter of 2018,” he adds.

Judging by the early breeding sheep sales, producers’ confidence has been boosted by this season’s better prices, says Mr Siddle.

“Despite the profitability challenges faced by many producers and the well-trailed risks posed to the sheep sector by Brexit, another increase in the breeding flock looks likely going into 2018.”

“Australian and New Zealand producers are more competitive, and the demand in China tends to be for lower quality cuts, rather than the high-quality carcasses and cuts that UK exports have been built upon.”

This smaller flock will be managed by fewer producers able to make sustainable profits with much lower or no support payments. Improved competitiveness and lower costs of production will be key, says Mr Siddle.

“To achieve positive net margins, flocks generally need to achieve a net output, after replacement costs, above £95/ewe. This will exclude most flocks incapable of producing lambing percentages in excess of 135%.”

Systems need to make maximum use of forage, in particular grazed grass, with purchased feed typically below £10/ewe, he advises.

Flocks selecting for easy-care traits, such as ease of lambing, good feet, lack of daggs, worm resistance and good mothering ability, tend to have not only lower veterinary and medicine costs but also, critically, lower fixed costs, essential to produce positive net margins,