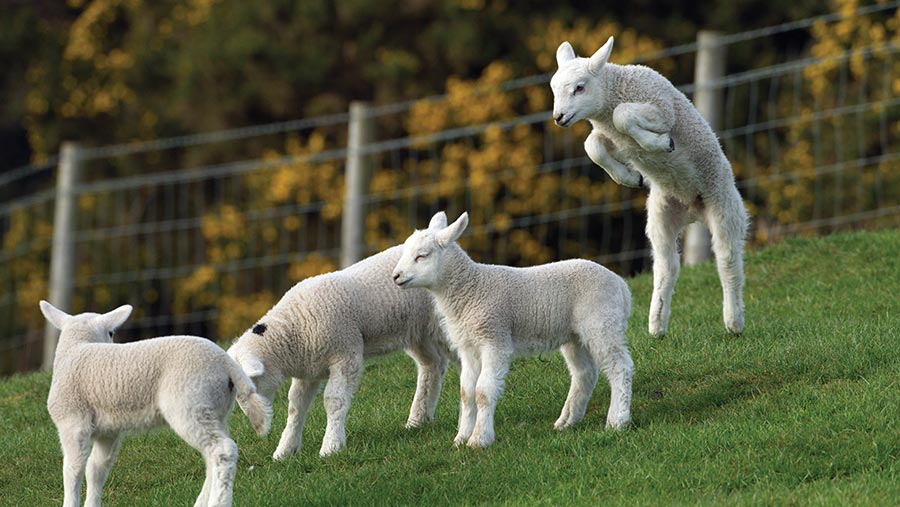 Trying to summarise the prospects for the year ahead and beyond for this sector of the industry has never been more difficult, writes Andersons consultant David Siddle.

Some continued contraction in the breeding flock seems the most likely outcome with Brexit uncertainties in the short term and changes to farm support payments in the longer term.

Low levels of profitability (excluding support payments) for many and an ageing work force of family labour – on which much of the sector depends – are likely to continue to put pressure on flock numbers.

Sheepmeat production in the 2020 calendar year is forecast to decline by 7% with the lamb kill down 4% and the ewe kill down 9%.

The immediate impact of Covid-19 in terms of the closure of restaurants, and perhaps longer in terms of personal finances, suggests consumption levels are likely to continue to decline.

Lamb is a relatively expensive and premium meat choice for most consumers, often eaten out of the home.

Recent sheep meat prices have been underpinned by reduced levels of imports from New Zealand, both to the UK and the EU, with supplies tight following drought.

Strong demand from China which has a shortage of meat as a result of swine fever severely reducing its pig herd has also diverted New Zealand sheep meat exports from both UK and EU markets with this looking set to continue into 2021.

Brexit permitting, there remains a great opportunity to continue to build on the successful export trade which has built up over many years.

In addition, the sector must look to deliver a high-quality, consistent, premium product to the UK retail sector which is, at least for now, looking for a home-produced product.

However, even with a positive Brexit outcome, with a free trade deal with the EU, we would expect both production and consumption to continue to trend downwards.

Being able to adapt and change the way farming practices have traditionally been carried out is now, more than ever, crucial for success.

Results from the Welsh Red Meat Benchmarking Study carried out by Andersons shows a huge variation in performance in sheep farming businesses.

As well as output, the three most influential factors contributing to the differences in financial performance are:

It has been widely proven that the factors mentioned above (reducing overhead costs, understanding the market and measuring performance) will regularly place farmers into the top quartile of performance when exercised effectively.

Progression of a frictionless trade for sheepmeat from the UK to Europe is the next critical step after a bumper year.

Lambs have been 30-40p/kg ahead of last year for much of 2020, which filtered up the stratified system to reward the hard work of sheep breeders at the summer and autumn sales.

Strong prices were needed for early lambers who had worked through the challenging and wet winter, while outdoor lambers will remember 2020 as a vintage year with serene lambing conditions.

However, the joy could be short lived if tariffs of 40-50% are imposed on British products.

All eyes now focus on the new year and Easter trade, and whether those record-breaking store lamb prices have a sting in the tail.