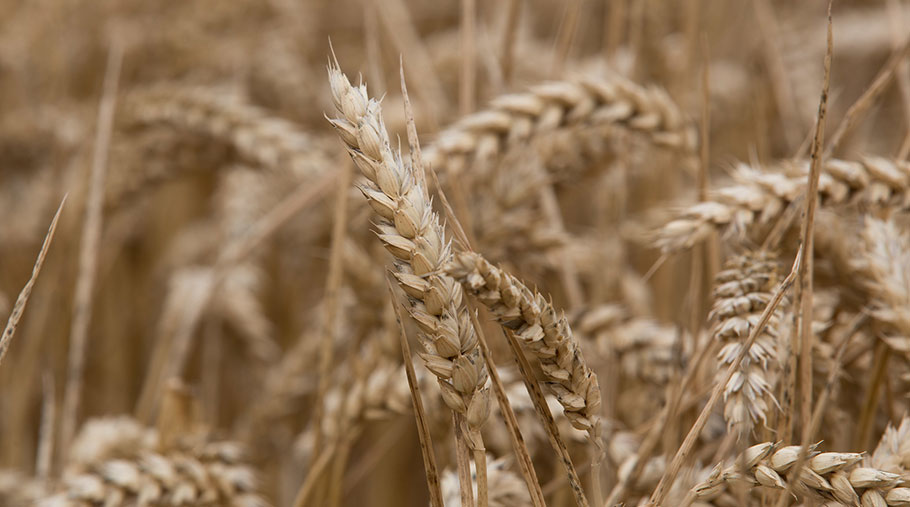 New crop wheat prices have had a volatile week after forecasts of a poor Russian harvest initially pushed up values before they fell back again amid concern over the US-China trade war.

The price hike came as the market reacted to the US Department of Agriculture (USDA) global crop forecast.

It suggested a wet spring in Russia had potentially reduced the country’s crop to 68.5m tonnes.

AHDB Cereals said it meant forecasts for global wheat production in 2018-19 were down 3.1m tonnes on May predictions to 744.7m tonnes.

This projection represents a 19% decline in Russian wheat production from 2017-18, according to AHDB senior analyst Daniel Rooney.

“Estimates suggested that European 2018-19 wheat production was also likely to be down by 1m tonnes on May estimates to 149.4m tonnes,” Mr Rooney said.

Elsewhere, dry weather has seen the Australian Bureau of Agricultural and Resource Economics and Sciences decreasing its monthly forecasts to 21.9m tonnes, putting it just 0.5m tonnes above the poor production last season.

In India wheat production is expected to reach 97m tonnes, up 2m tonnes on May projections, but this still represents a 2% decline from last season estimates, Mr Rooney added.

If the USDA forecasts are accurate a decline in Russian production and associated exportable surplus could create a tighter feel to global markets, Mr Rooney added.

However, Gleadell’s managing director, David Sheppard, commented that 24 hours was a long time on the global wheat market as the high prices dramatically fell back a day later.

“All of the gains made were eroded as talk of [US president Donald] Trump activating tariffs against China, and the expected Chinese retaliatory action, spooked the market,” Mr Sheppard said.

Analysing the European market Mr Sheppard said Denmark would have a much-reduced or zero export availability due to lower plantings and drought-affected crop conditions.

This was particularly important for the UK because Denmark had been a significant source of feed wheat for the Scottish, Northern Irish and North of England markets this year, he said.

But in Scotland crops are yet to rally after the cold spring weather.